What a catch: Beaufort anglers reel in 490-pound monster swordfish

This 490 LB. SEA MONSTER was reeled in 95 miles off the coast of Beaufort, South Carolina this past Sunday. After fighting this massive swordfish for over 3 1/2 hours, fishing buddies Owen Savage, Bailey Scarboro, Nations Finley & McNeal Finley were able to slay their catch of a lifetime and bring it back home to Beaufort to share with their friends and families.

South Carolina’s state record swordfish was caught in 1978 by B. H. Peach III of Pawleys Island & weighed in at 500 pounds.

According to Carolina Sportsmen, Swordfish get their name from their wide, sword-like bill. This is shaped differently than those of other billfish, which have relatively thin and pointed bills. While their bills are sometimes used to slash at prey, swordfish mostly rely on their speed to chase down meals. Their bills are very sharp, however, and have been known to slice through wooden-hulled boats after being harpooned by fishermen.

What an incredible memory for this #BeaufortSC crew! 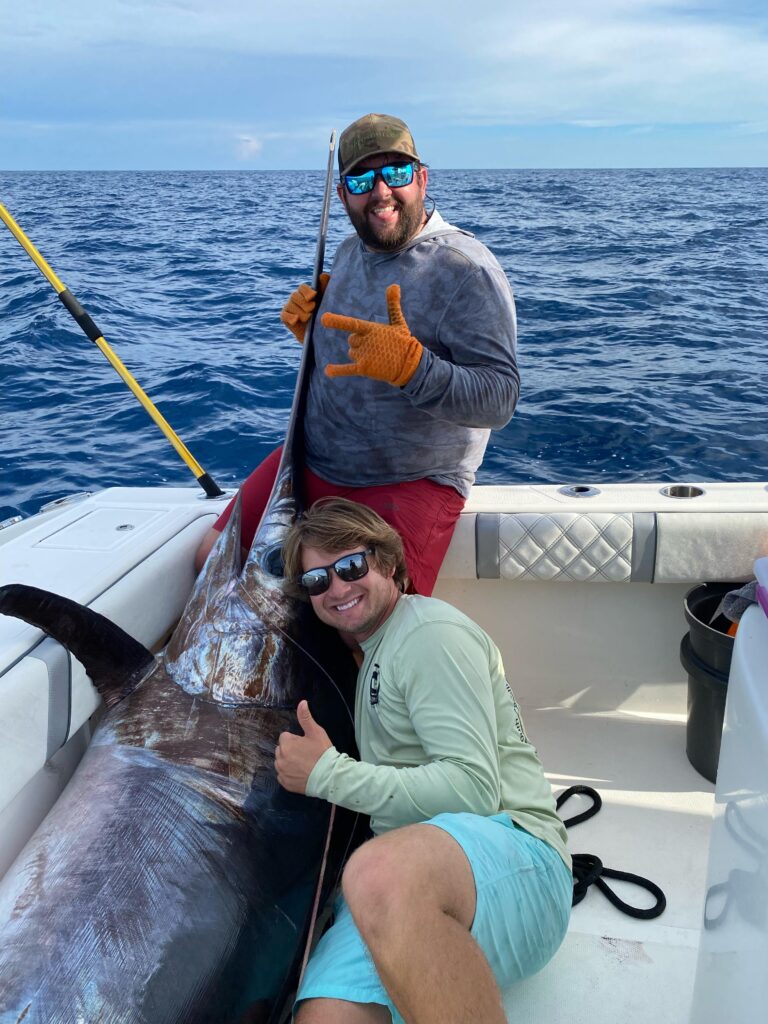 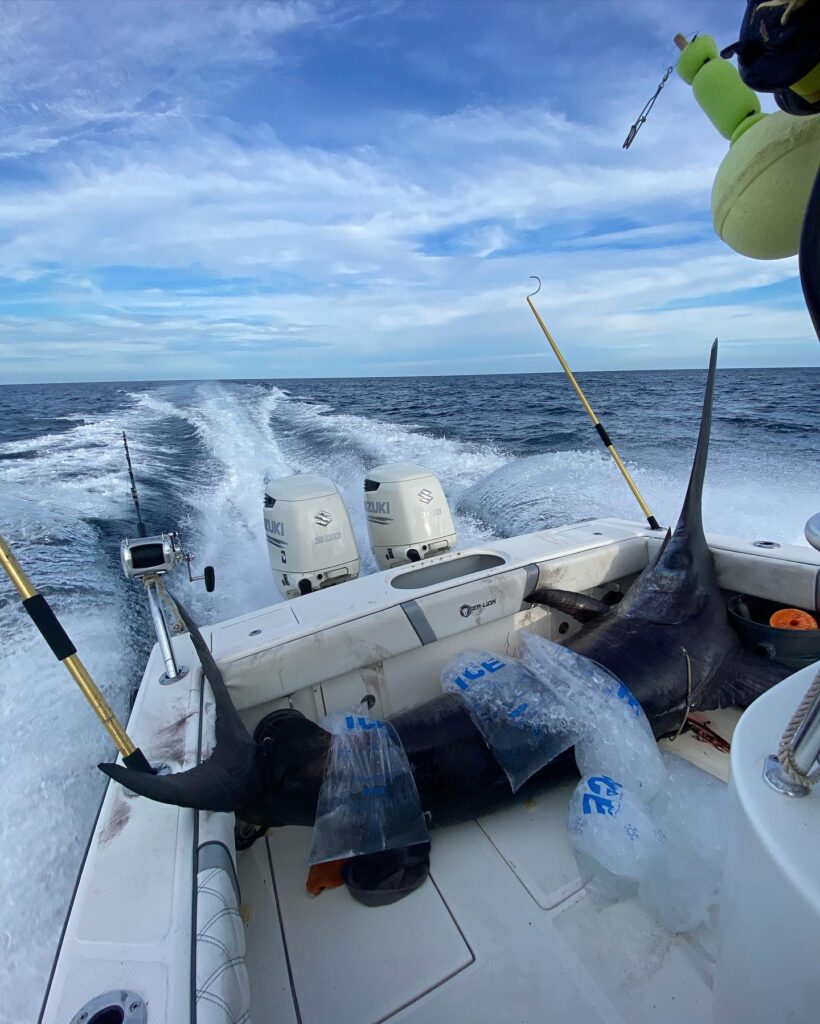 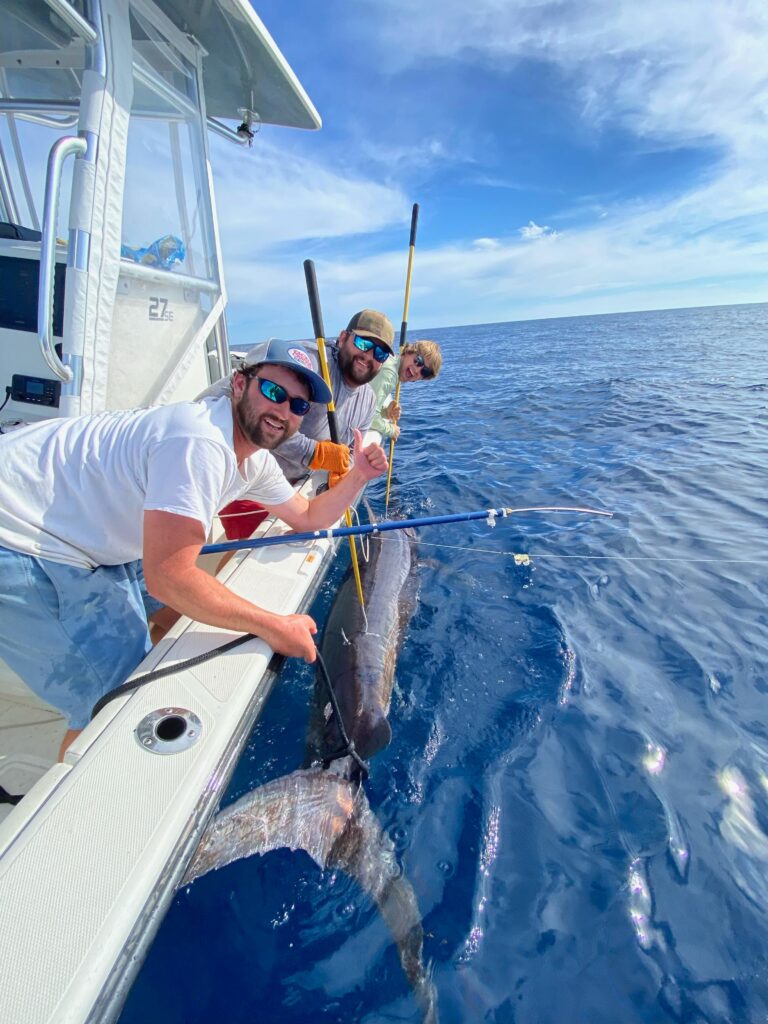 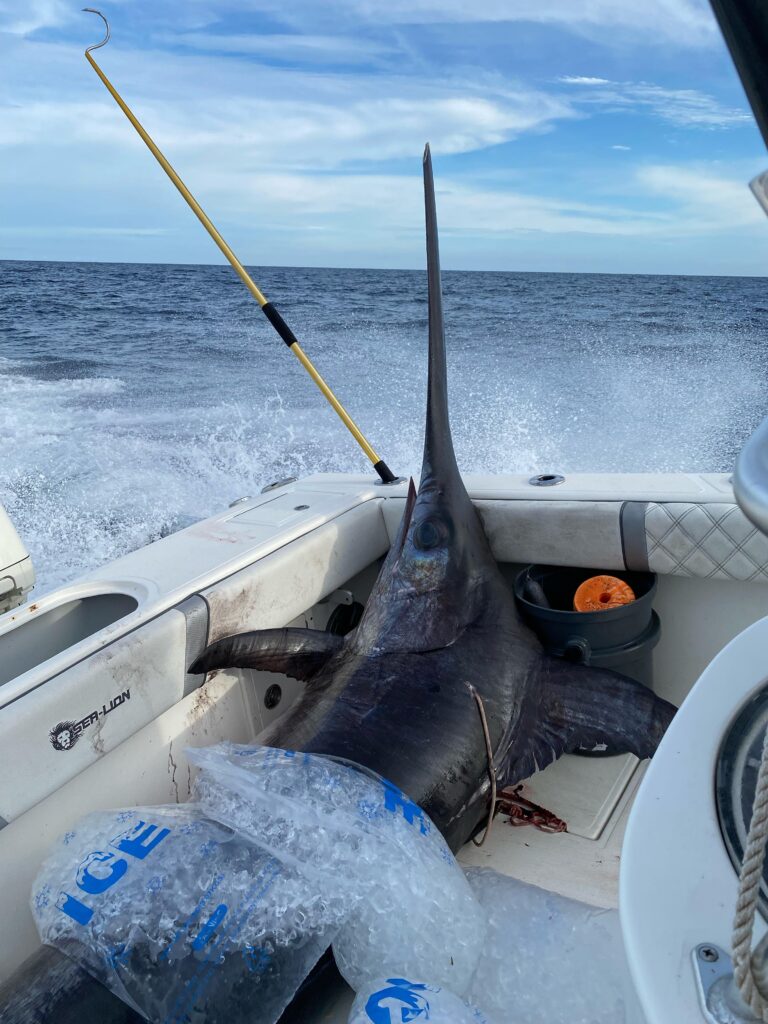 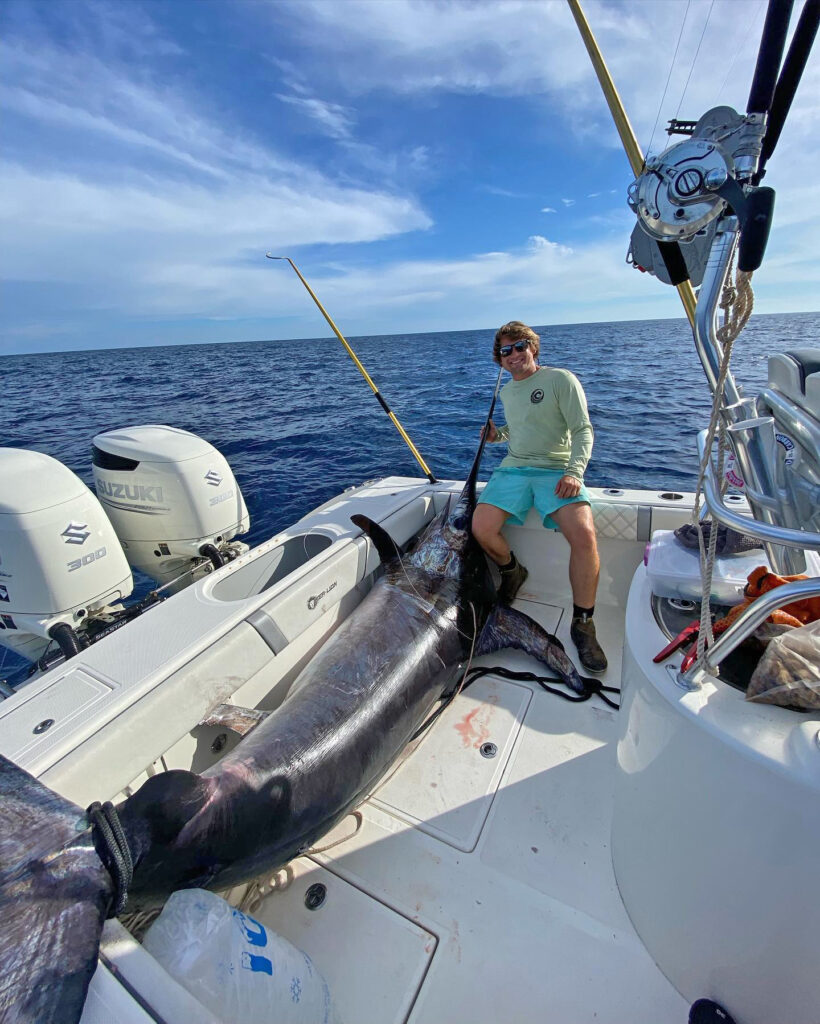 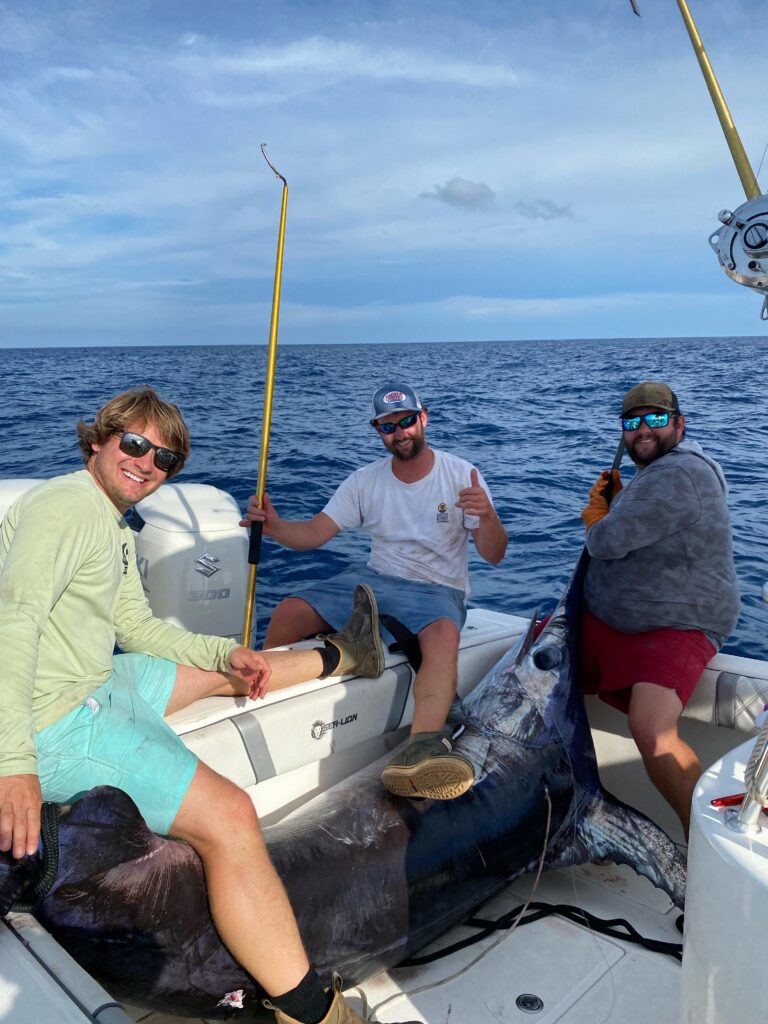 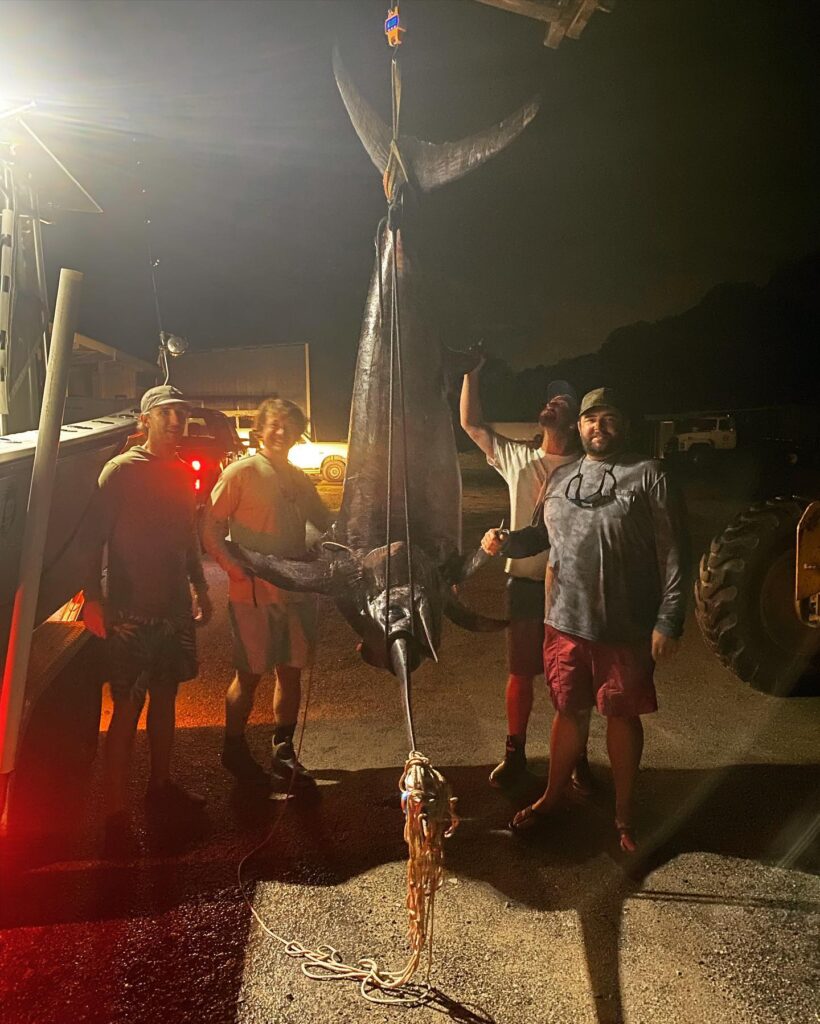