The camp, run by Jones’ non-profit which he formed in 2011, hosted teen players aged 10-18 on Friday evening 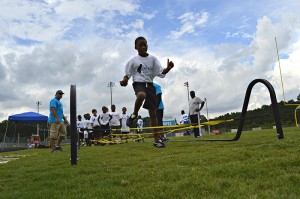 at Battery Creek’s football stadium. The coaching staff consisted of active and former NFL players and coaches as well as high school coaches teaching fundamentals and technique while delivering a message of sportsmanship and good conduct.

Jones, who was accompanied by a few friends and former teammates, earned all-state football honors on both offense and defense and also ran track and field before graduating from 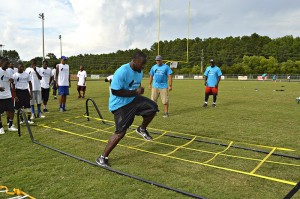 Battery Creek High in 1999. He went on to star in college at Florida State where he is sixth on the school’s all-time rushing yards list and was selected in the 2nd round of the NFL draft by the Jacksonville Jaguars in 2004. Considered one of the top fullbacks in the NFL, Greg played for the Jaguars until the 2013 season when he signed with the Houston Texans. He remains unsigned for the upcoming season, but has recently been invited to work out for the Atlanta Falcons.

Lots of lucky kids today. This guy is for real, and so is his foundation’s genuine desire to give back. 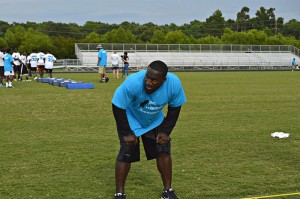 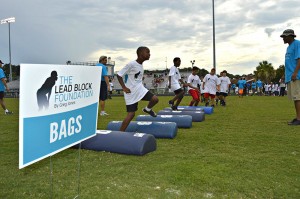 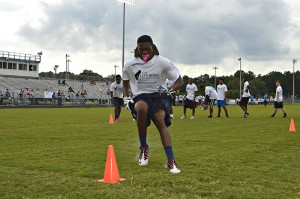 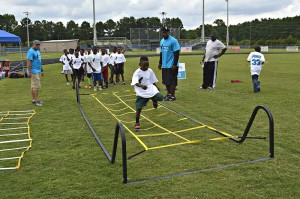 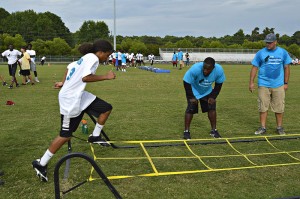