It's band hopping time in Beaufort

By Mary Ellen Thompson | The heat is on and the music is playing in Beaufort. Wow – this is a great weekend for band hopping with a few surprises thrown in.

Tonight – start on a different note and stop by the Performing Arts Center at USCB and look at some musical paintings by Amiri Farris and Frank Cerulli. At 5:30 the reception begins and is free and open to the public – the 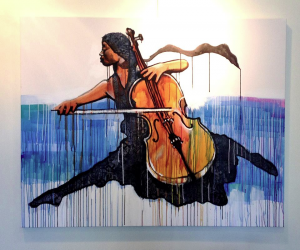 art is stunning and the show is aptly named Color of Music. Then hop on down the street to Breakwater for the sound of  Vic Varner at 6:30 until 9. Next stop – Q on Bay where the entertaining Bull Grapes will delight you from 7 – 10 and then a final hop on out to the Foolish Frog to enjoy Wes Johnson between 7 and 11.

Friday night begins as usual at Lowcountry Produce Market and Cafe where the Sometimes Later Band will play the music you like to hear between 6 and 9. Hop on around the corner to the Back Porch Grill to listen to Trey Aliens who will be playing from  7:30 – 10:30 and then bound on out to the Foolish Frog for Beaufort’s sweethearts – The Sweetgrass Angels on the deck from 7 – 11.

Saturday is a full day but first take note that Big Frank Waddell’s songwriters event at ArtWorks in the evening has been cancelled due to a/c issues in the building.

During the day on Saturday we find the first ever Tomato Festival in Beaufort out on Cane Island; starting at 10 a.m. there will be lots of events and Amber and The Fossils will be playing throughout the day. A special event is happening at USCB’s Performing Arts Center – Beaufort Night of Worship. Starting at 5:30, and free and open to the public, you can listen to one of my my favorite bands – Reckless Mercy, as well as Amanda Brewer and the Link Praise Band, MLK Lowcountry Mass Choir, and Redemption House. This is an event you won’t want to miss. Then, while you’re still full of energy – take a leap out to the Foolish Frog to listen to the beautiful Katie McAllister between 7 and 11.

But for just a moment because Sunday holds a few different opportunities that are not usually included in the Sunday stroll (remember – we don’t hop on Sunday). Reckless Mercy will be playing at Cornerstone Church at 11. Mr. Vic Varner and friends will occupy their usual spot at Saltus River Grill between the hours of 6:30 and 9:30. And – just for fun, because Habersham isn’t usually on the hopping route, but this is Sunday and a bit of a different venue so be adventurous; the Spaghetti Club is bringing comedian Dusty Slay to the stage, so check it out and have your funny bone tickled starting at 8:00. 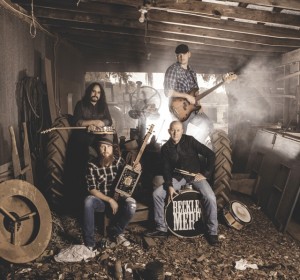