Paganini’s String Quartet in E Major will open an evening of three brilliant compositions for string quartet, on Sunday, April 28th at USCB’s Center for the Arts.  Janacek’s Kreutzer Sonata and Beethoven’s Opus 59, No. 3 “Razumovsky” Quartet complete the program.  Artistic Director Edward Arron has assembled some of the world’s finest musicians to perform these masterpieces for the USCB Festival Series’ final offering for the 2012-13 season. 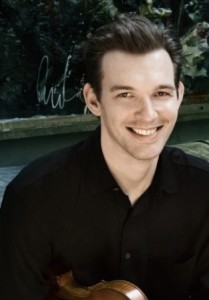 memorable performances.  The Series is fortunate that Beaufort holds special charms for this very talented and busy musician and composer. Since his concerto debut in 2004 with Chicago’s Ravinia Festival Orchestra, he has performed throughout the U.S. and Canada, including concerts at Lincoln Center’s Alice Tully Hall, Carnegie Hall, the 92nd Street Y, the Metropolitan Museum, the Kennedy Center in Washington, DC, Boston’s Gardener Museum, and the Marlboro Music Festival. He has also appeared at prestigious venues in Europe, such as the Barbican Centre of London, La Cité de la Musique in Paris, Amsterdam’s Royal Carré Theatre, Teatro Arcimboldi in Milan, and the Palais des Beaux Arts in Brussels.

Highly regarded as a champion of contemporary music and as an improvisational artist, Mills earned a Grammy nomination for his work on a CD of Arnold Schoenberg’s music, released by NAXOS in 2005. He can also be heard on the Koch, Centaur, Tzadik, Max Jazz and Verve labels for compositions of Webern, Schoenberg, Zorn, Wuorinen, and others. As a member of the FLUX Quartet from 2001-2003, Mills performed music composed during the last 50 years (including the famous six-hour-long String Quartet No. 2 by Morton Feldman). In addition to frequent world premieres. Mills is co-founder of the Horszowski Trio and Duo Prism, a violin-piano duo with Rieko Aizawa, which earned 1st Prize at the Zinetti International Competition in Italy in 2006. With Ms. Aizawa, Mills became co-artistic director of the Alpenglow Chamber Music Festival in Colorado in 2010.

Violinist Aaron Boyd, soloist, chamber musician, recording artist and teacher, began studying the violin at the age of 7. Boyd has concertized throughout the United States, Europe, Russia and Asia. He has participated in the Marlboro, La Jolla, Bridgehampton, 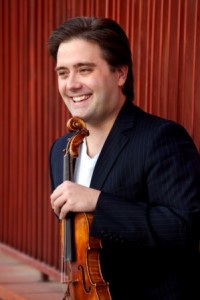 Prussia Cove and Tanglewood music festivals and has collaborated with members of the Juilliard, Guarneri, Orion and Emerson Quartets, as well as the Beaux Arts Trio. Boyd has been a prizewinner in numerous competitions including the Ecoles D’art Americaines de Fontainebleau, the Klein Violin Competition, the Tuesday Music Society and the Pittsburgh Concert Society and was awarded a Proclamation by the City of Pittsburgh for his musical accomplishments.

Like Mills, Boyd is deeply committed to the music of our time and has been involved in numerous commissions and premieres in concert and on record, including first recordings of the music of Milton Babbitt, George Edwards, and Morton Feldman. Mr. Boyd is also first violinist and founder of the Zukofsky Quartet (Quartet-in-Residence, Bargemusic); the only ensemble to have played all of Milton Babbitt’s notoriously difficult string quartets. A musician of wide stylistic interests, Mr. Boyd has played and recorded in collaboration with Jazz legend Dick Hyman, Chanteuse Badomi DeCesare, and appeared in concert on the mandolin with flutist Paula Robison. As a recording artist, Mr. Boyd can be heard on the Naxos, Tzadik, North/South and Innova labels. Mr. Boyd has been broadcast in concert by NPR, WQXR, and WQED, and was recently profiled by Arizona Public Television. He plays on the “ex Alard” Matteo Goffriller violin made in Venice in 1700.

Principal violist of the San Diego Symphony and Mainly Mozart Festival Orchestra, Che-Yen Chen, will round out the guest artists for the evening.  This incredibly talented musician is the recipient of the First-Prize and the Amadeus Prize winner of the 10th London 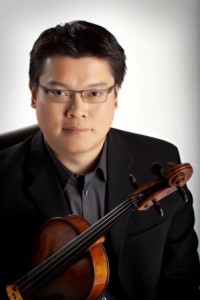 Chen has appeared as guest principal violist with Los Angeles Philharmonic, San Francisco Symphony, Cincinnati Symphony Orchestra and Canada’s National Arts Centre Orchestra. A former member of Lincoln Center Chamber Music Society Two and participant of the Marlboro Music Festival, he is a member of Camera Lucida, Concertante Chamber Players and The Myriad Trio, which just released its debut album, “The Eye of Night”.  Currently teaching at both the USC Thornton School of Music and California State University, Fullerton, Chen has previously served on the faculties of Indiana University South Bend, UC San Diego, San Diego State University and McGill University. As a laureate, Chen was invited to serve on the jury of the 2011 Primrose International Viola Competition.

Anchoring the Quartet will be the Series versatile host and resident cellist Edward Arron.  Besides his busy schedule as artistic director for the Metropolitan Museum chamber music series as well as a series that regularly performs in Beaufort, Columbia and Old Lyme, Connecticut, Arron is in great demand as a musician.  He has 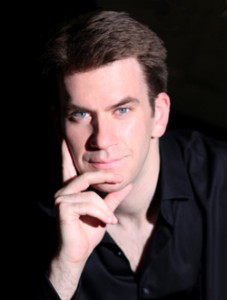 The concert is at 5 pm on Sunday, April 28 at the USCB center for the arts on Carteret Street.  For advance tickets, call Staci Breton at 843-208-8246, Monday – Friday 8:30 – 4:30. Tickets are also available at the door and start at $40. Complete program information is available at www.uscb.edu/festivalseries.