The new executive director of the Penn Center says the site has an important story to tell that should attract visitors on its own merits to learn about the culture of slave descendants on Beaufort’s sea islands.

“I’m trying to turn Penn into a destination — not just a place you go to on a rainy day while you’re on vacation,” Michael Campi told the Associated Press during a recent interview.

Campi has been on the job for about four months at the center that during its first 150 years has served as a school for freed slaves, a Jim Crow-era industrial school and a retreat center for leaders of the civil rights movement — most notably the Rev. Martin Luther King Jr.

The center, with 19 buildings and a museum about a two-hour drive southwest of Charleston, is the nation’s only national historic landmark district owned and operated by a minority. Its mission is to not only tell the story of the Gullah past, but work to preserve the culture today threatened by rapid coastal development.

Campi, 53 and the first white executive director in the last half-century, comes to the Penn Center with a varied 30-year background with fundraising and other nonprofit organizations. That work included working with Junior Achievement and running a shelter for abused youngsters.

“I’m a come ya, that’s the Gullah term,” Campi, who is from Conway, S.C., said, referring to the creole language’s term for people who arrive on the islands, or come here, from outside. But he said that also gives him a new perspective on the center and its potential.

“I think that’s exactly the perspective the trustees wanted and why I am here,” Campi said.

He has asked Walter Mack, whom he succeeded as executive director and who has been at Penn a quarter-century, to develop a master plan for the center and its property by year’s end.

The center owns about 500 acres on the sea islands, about 40 percent of which is rented to others for agriculture. Campi said there 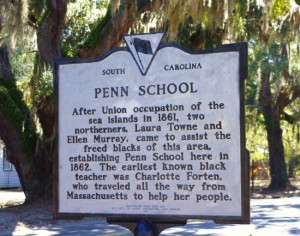 may be uses for the rest of the land from harvesting timber to growing hay to raising black angus beef to sell to restaurants and the public.

He’d like to bring in craftspeople such as sweetgrass basket makers and cast net weavers to show their crafts regularly to center visitors who could then make small baskets or nets of their own.

“I want to take the experience to the next level — not just looking, but doing,” he said.

Perhaps the center’s marsh tacky horse named Bo could be tethered outside the center’s museum to greet visitors. Or perhaps Bo could lead visitors along the center’s one-mile nature trail while a Gullah storyteller rides and tells Gullah tales, he said.

–Whatever they decide to do, we sure are glad they’re doing it.  History can be very fragile and the world is turning at an ever-faster pace today than it was in the past.  The history of our area needs to be told.

For the full Associated Press article, please visit this link to The State newspaper. 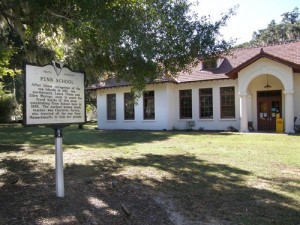