The Town of Port Royal’s Cypress Wetlands project is nearly 100% complete, and is currently open for public use.
After nearly 5 months of construction and over $350,000 dollars spent on the project, what’s been touted as ‘a signature destination for Port Royal’ by Fripp Island Audubon Club president Pete Richards who helped the town with a wildlife and plant study, is now ready for the public’s enjoyment right along Paris Avenue
“The project has created an inter-connectivity through the wetlands area that allows folks to leisurely walk the half-mile trail through the wetlands and enjoy several species of birds”, said Jami Rankin of JOCO Construction, the contractor responsible for the build.
Folks will see a great deal of nature, in it’s ‘natural’ setting.  From egrets and darters, to our herons and bitterns, as well as a variety of plant 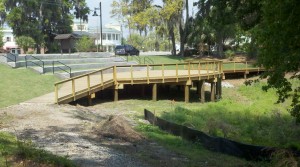 and animal life.
Proper signage will soon be installed depicting in detail and educating visitors about all of the local wildlife that can be found there.
Originally, the Town was pleased that it would help address stormwater concerns, which are always a local hot topic in our area, but it’s certainly grown into much, much more than that.  In addition to the walkng path and the observation area, a new ampitheatre has been built that will hold nearly 200 people for public and municipal gatherings. 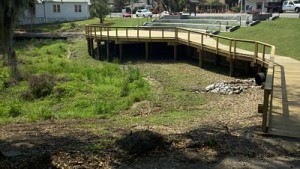 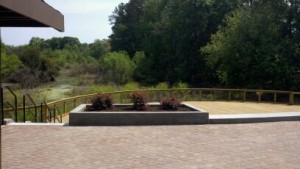