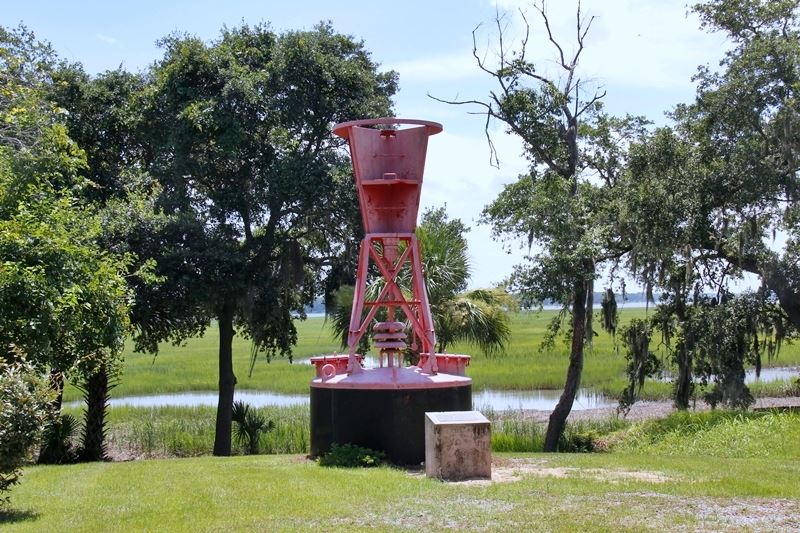 When you’re traveling along London Avenue in Port Royal admiring the local scenery (as is the norm) and you come to 9th Street, you notice a big ol’ red buoy.  Have you ever wondered what it is? Or why it’s not in the water where, presumably, it would belong? That’s because it’s not your average, garden variety buoy. This buoy gets around.

Its got its own place in local history and some call it ‘Port Royal’s traveling buoy’.

The buoy was originally used as a navigational aid in Port Royal Sound. During a 1970 storm, it broke loose from it’s mooring and it traveled out to sea. Amazingly, one year and nearly 6,000 miles later, it ended up in Scotland where it was recovered by a British ship and eventually found its way to being returned to Port Royal in 1973.

According to a plaque placed at the buoy, it sits today in the Fraternal Order of Police Memorial Park, and its light is kept burning in dedication to all officers who’ve lost their lives in the line of duty.

Learn more about the buoy and lots of other amazing Port Royal history by visiting the Historic Port Royal Foundation online, and go see it for yourself sometime.