By Anne Christnovich | Beaufort is blessed by its bountiful waters, making it a seafood-lovers paradise. But how the catch-of-the-day gets from the water to the table is easy to overlook, and a complex combination of environmental and economic conditions have put small local fisheries on the hook.
Sea Eagle Market of Beaufort and its affiliate businesses are hoping to bolster the role of the local fisherman while giving residents the

freshest seafood possible through what’s called a “community-supported fishery.” A community supported fishery, or “CSF,” is a relatively new business model created for sourcing local seafood directly to area consumers.
Craig Reaves, co-owner of Sea Eagle Market and chairman of the South Carolina Seafood Alliance, said they decided to start the initiative after hearing about other successful CSFs in coastal towns all along the east coast.
Customers can pre-pay Sea Eagle Market for a “season” – about 12 weeks’-worth – of freshly caught seafood. Subscribers can pick up a weekly supply from one of three locations in Beaufort, Greenville or Charleston. Customers can choose to buy packages that approximately feed a two- or four-person family two meals and an appetizer. Each portion also will come with recipes for how to prepare the seafood, Reaves said.
“The community becomes stakeholders in supporting the industry, in supporting the fishery,” he said. “The fisherman can have better equipment or, potentially, it could allow us to buy another boat or two.”
The two-person membership costs $495 and the four-person membership costs $995. Compared to retail prices for seafood, Reaves estimates a family could save $180 or $360, respectively, by using his community-supported fishery. It breaks down to about $41 a week for two-person families and $83 for four-person families. 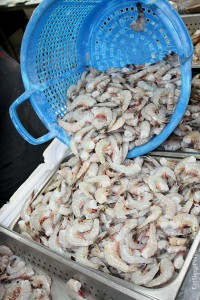 Reaves said they already sell much of their catch directly to consumers, but this program will help locals give something back to the fisherman. His family has focused on keeping South Carolina seafood local for 40 years and the CSF could help him replace aging equipment or provide better tools for his fisherman.
“We’re going to have to buy boats in the future and this is one way we can get investment capital to do that,” Reaves said. “That won’t happen on the first sale obviously, but once people see this is a good thing… people are going to be willing to support what we’ve got going on.”
To provide variety for customers, some products in the weekly packages don’t necessarily come from Reaves’ boats but from other South Carolina fisherman like himself. It also helps more fisheries than just his own, due to his connections with markets all over South Carolina.
“We’re trying to keep South Carolina seafood in South Carolina,” he said. “We’re trying to keep those dollars in South Carolina and keep the best and the freshest for South Carolina residents. It’s our seafood and not someone else’s.”
For the first season, customers have until September 21 to sign up. The next pre-sale for the winter season will likely take place in December or January, Reaves said.
Interested customers can sign up through the link here: http://seaeaglemarket.com/community-supported-fishery/
Here’s a new video about Sea Eagle Market and what the CSF means to area fisherman. 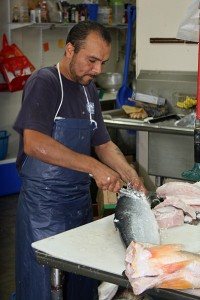 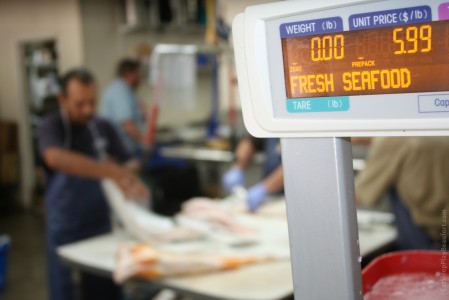