Did you know that Beaufort was once the hub of production for one of the world’s rarest and most treasured materials?

Gossypium Barbadense, better known as “Sea Island Cotton”, was literally first rooted in the Beaufort area in 1786 by cotton planters who recognized that our Sea Islands possessed near perfect conditions for cultivating what even today represents only .0004% of cotton supplies on earth.

It served as a lucrative crop for local planters like the Elliott, Fripp, Barnwell, Heyward, Pope and Jenkins families. After the Revolutionary War, the British market for indigo disappeared, so planters needed a new product to grow on local plantations. The silky and highly-prized Sea Island Cotton boasted extra-long fibers that made the variety particularly desirable. William Elliott first imported a subvariety of Gossypium Bardadense to grow at Myrtle Bank on Hilton Head Island in 1790. The results were a higher quality cotton than previously existed in the American market.

Grown on the sea islands of South Carolina and Georgia, this strain of cotton served as an important part of the Beaufort economy. Beaufort became the wealthiest and most cultured town of its size in America because of the Sea Island Cotton crop.

But what makes Sea Island Cotton so special and so highly prized? 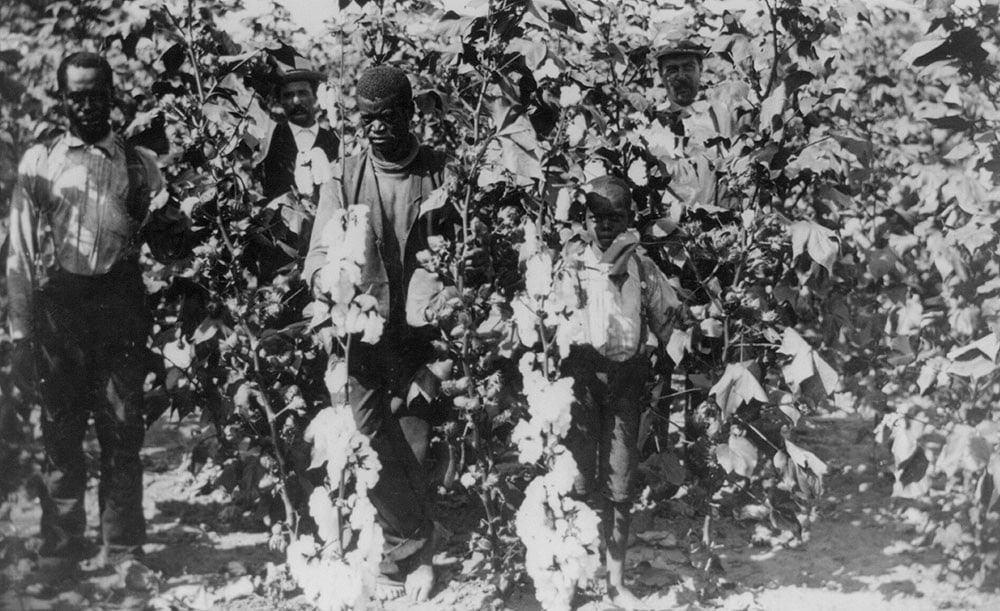 Charles Kovacic (South Carolina Encyclopedia) writes that two types of cotton were grown in South Carolina between the 1800s through the 1920s: the common “upland” (or short-staple) variety, which was grown inland and throughout the state of South Carolina, and the much more coveted Sea Island (or long-staple) variety, planted up and down the Lowcountry coast, centered in Beaufort. The Sea Island cotton, with its long, silky fibers, extraordinarily fine texture, and luxurious softness, could produce the very finest thread count, unparalleled by any other fabric in the world.

Highly prized particularly by British aristocracy, Sea Island cotton was (along with Carolina Gold rice) the cash crop of Beaufort until the Civil War, according to botanist Richard Porter and plantation historian Sarah Fick, authors of The Story of Sea Island Cotton (2005). Sea Island cotton was first grown for plantation owners by slaves and, later, by freed laborers through meticulous cultivation techniques, including the use of sea marsh grass and pluff mud for fertilizing.

An 1862 article published in the New York Times, while applauding the victories of the “National forces” in Beaufort, still lamented the fact that little Sea Island cotton would be produced that year, describing the Sea Island cotton planters as “rich and proud, very aristocratic and fiercely traitorous; and in their expulsion and by the confiscation of their slaves, the original and the worst secession element in the South is humiliated, if not ruined…” Indeed, the Sea Island cotton industry, in the aftermath of the Civil War in Beaufort County, never truly recovered and when the boll weevil invaded the Sea Islands in the 1910s and 20s, no longer was Sea Island cotton a viable crop in Beaufort.

Interestingly, in 2017, Charleston area resident Bill McLean managed to procure 25 Sea Island cotton seeds (circa 1939) from the United States cotton repository in Texas and planted the seeds on McLeod Plantation on Edisto Island to see if he could cultivate the plants to life. Twelve of the plants survived and the small crop of Sea Island cotton was harvested that October, amid great celebration (https://www.charlestoncitypaper.com/TheBattery/archives/2017/10/03/mcleod-plantation-hosts-sea-island-cotton-day-oct-21). See also https://ccprc.com/3235/Sea-Island-Cotton-Project .

The reason for the death of Sea Island cotton is the boll weevil, a quarter-inch-long beetle that feeds on cotton buds and flowers, that eviscerated Lowcountry cotton in the early 20th century, severely impacting the entire southern economy between 1892 and 1932.