Looking for a fun reason to break out your bicycle and take a nice ride around Beaufort? Consider the “Olde Beaufort Ride,” a short ride of some 5 miles routed and mapped by John Feeser of Lowcountry Bicycles on Lady’s Island. Here are some of the things you’ll see along the way!

This route takes you down historic Bay Street and across Carteret Street at the foot of the Woods Memorial Bridge and into Beaufort’s Point Neighborhood.  You’ll pass historic antebellum homes many of which were once used as Union hospitals and quarters during the Civil War.  You’ll see the historic Chaplin house, the Thomas Hepworth house, the John Archibald Johnson house, the Lewis Reeve Sams House, and the Castle all along the way.

When you’re traveling down Short Street, look to your right and you’ll see Tidalholm; used in both of the films The Big Chill and The Great Santini.

The route then takes you back to Carteret Street past a very beautiful USBC campus and around Bellamy Curve to Pigeon Point Road where you end up with a breathtaking water view off of Pigeon Point Landing.

Leaving the landing and traveling along Wilson Drive and Lafayette Street you will approach the Beaufort National Cemetery from its rear. (Take the time to marvel at it.  It’s ok.)  Then you will carefully cross Boundary Street, traveling along Bladen and King Streets, past the historic Parish Church of St. Helena and its graveyard, and back into downtown to end your ride.

Total time on bicycle?  That’s entirely up to you. You could knock it out in an hour or less. But we suggest you take your time and enjoy the beautiful scenery that Beaufort has to offer.  You can stop at any number of spots along the way for lunch or for a drink. This route is perfect for beginners, families or just for a good time biking around Beaufort.

Visit the map below for this route and visit this link to find other Beaufort bike routes.
If you don’t have a bike you can rent one downtown at City Java & News at 301 Carteret Street.  Call them at 843-379-5282. If you’re looking for a new ride, visit the folks at Lowcountry Bicycles.  Nobody does bikes better. 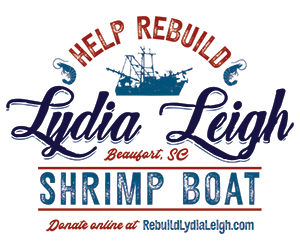