Shark Tooth Fairy's Treasure Hunts in peril of being shut down

This may spell the end of the beloved shark tooth treasure hunts at The Sands in Port Royal.

Diver and hunt organizer Mike Harris has issued a press release stating, “The South Carolina Institute of Archaeology and Anthropology has given me the task of providing fossil reports with GPS locations for every single piece of almost 2 tons of shark teeth and fossils that I gave to kids in 2014. Since I can’t provide these impossible reports they will revoke my South Carolina Diver License as of April, and basically make it illegal for me to be the Shark Tooth Fairy in the future.”

Apparently the Institute is demanding that Mike do the impossible. It’s obvious that Mike, a recreational diver with a big heart, cannot possibly provide GPS coordinates for every single one of the two tons of fossils and shark teeth that he’s found and given away to area children.

“Most of the time I dive by myself without a GPS. I use landmarks or a crab ball with a dumbbell on it to mark spots I want to go back to. What they are asking me for is impossible for me to give …and they know it,” Harris 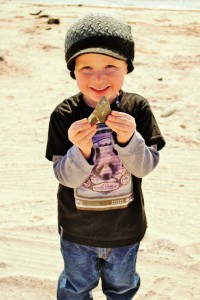 A petition has been started at change.org by Vanessa Collins of Okatie, SC, and is now being circulated. It’s asking SC Governor Haley to ‘Keep the Shark Tooth Fairy Project Alive’. You can see the petition here.

We would love to see these hunts continue.

As evident at every event, the kids loved them. They got to find something that may otherwise take an entire lifetime to find. 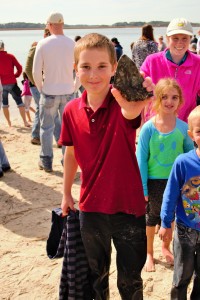 They became interested in natural history as a result of these hunts.

These hunts created memories for our children and provided them with good, clean fun.

It’s good for Port Royal and for Beaufort.

It’s good for everyone.

In one of the emails between Harris and the SCIAA, Harris stated, “My hobby isn’t just diving for fossils it is sharing them with kids. I basically put a Museum on a Beach.”