Dr. Charles Cornett, the Foundation’s Education Director, explained the “lost century” of American history, emphasizing the Spanish-established Santa Elena on Parris Island in 1566, decades before Plymouth and other English settlements, and clarified how Spain’s goals transcended the subsequent commercial focus of the French and English.

When one teacher asked if early American History was being taught incorrectly, Dr. Cornett responded that current curricula is incomplete in this perspective. K-12 and college textbooks used nationwide, including those in South Carolina, do not include details about Santa Elena and related activities during the earliest years of American colonization.

“The victors traditionally have been the major authors of history, and the English won,” Cornett said. “But we now have hard evidence to correct the history.” He then referred to archaeological artifacts unearthed on Parris Island and a treasure trove of the primary sources documents, like letters written by King Philip II of Spain and Santa Elena’s founder Pedro Menendez de Aviles.

Beaufort County teachers like Keith Weaver, from Robert Smalls International Academy, are already teaching the more complete American colonization narrative. During the “Window on the Atlantic” conference session about Santa Elena, Weaver reported on a project with his students in which they studied the facts and prepared interview questions to use at press conference with Spanish Count Alvaro Alvaro Armada Barcaiztegui, direct descendent of Pedro Menendez de Aviles.

“I kept telling them to dig deeper,” Weaver said. “And they did.”

The students Weaver brought to meet the Spanish Count asked whether Spanish students were taught about Santa Elena and questioned his ancestor’s behavior and conquests. The teachers at the Social Studies Conference were amazed.

“I didn’t know any of this,” one teacher responded, pointing to a set of bullet points about Santa Elena’s history.

The session concluded with a review of resources available at the Santa Elena Foundation website, including a short video and a link to materials for educators that includes an in-depth, standards-based lesson plan developed by the National Parks Service, and how to teach Santa Elena history using inquiry and project approaches. Dr. Cornett also shared information about the Santa Elena partnership with Beaufort Middle School which is uniquely integrating Santa Elena into its Classical Studies program.

The website will continue to grow into an exciting resource for students and teachers. Furthermore, students will be able to experience unique learning opportunities with a visit to the Santa Elena History Center, opening next spring in downtown Beaufort. 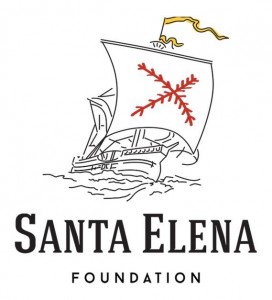