Spend a day on Daufuskie Island with HBF

Accessible only by boat, a visit to Daufuskie is a visit to a sea island of by-gone times. Historic Beaufort Foundation will sponsor a day-long connoisseur’s trip to the Island on May 15th. After lunch upon arrival, we will enjoy a 2.5 hour guided tour by Roger Pinckney XI, historian and author. The tour will include historic sites on the Island including the ca. 1880 Oyster Union Society Hall; the Jane Hamilton School, the setting for Pat Conroy’s “The Water is Wide;” the Mt. Carmel Baptist Church 2, the home of the Island Museum; and an exposure to Gullah life on the Island, as well as other sites.
If you would like to join the trip, the ferry departs Broad Creek Landing at 11am. It’s recommended you arrive at 10:30. Parking is available at the landing site. The return ferry will depart Freeport Marina on Daufuskie Island at 4pm Passage both ways is about ½ hour. For directions to the ferry, [Google Search] Broad Creek Marina, 18 Simmons Rd., Hilton Head.
The trip is an all-inclusive $95 per person, providing transportation, lunch, water. The tour is limited to 30 people, so respond promptly if you are interested by calling Jacque Wedler or Isabella Reeves at 843-379-333.
If you are unfamiliar with the historical and cultural experience that exists on the Island, here’s a little history…
Daufuskie Island was occupied by native Indians prior to the arrival of European explorers in the 16th Century. Islanders sided with the British during the Revolutionary War. Plantations covered the island prior to the Civil War when they were occupied by 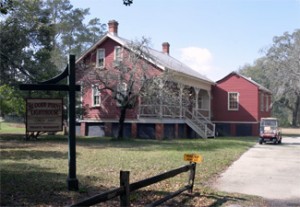 Union soldiers. Freed slaves then occupied the island and grew cotton until fields were ruined by the boll weevil. Canning for the famous Daufuskie Island Oysters ended when local oyster beds were closed in 1951 due to pollution from the Savannah River.
Electricity came to the island in 1953 and telephones in 1972; however, with few opportunities for work, the population shrank to less than a hundred people, leaving a legacy of rich Gullah history. In the 1980s, tracts of land facing the Atlantic Ocean were purchased, development began and the island was rediscovered as an historic treasure. 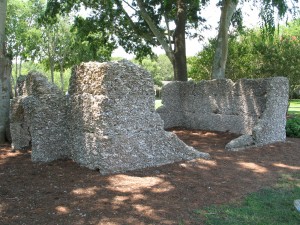