In 2005, a small group of St. Peter’s School Dads decided to throw an oyster roast and try to raise some funds for their children’s school. The athletic department needed equipment and uniforms but as is often the case with private schools, these items were not in the budget. That first oyster roast was held in early March at “Palms on the Parkway” and was a huge success. That was then…

A tradition was born and an oyster roast and microbrew festival has been held every year since then. This year’s is on Saturday, March 2nd, at 1pm, at Live Oaks Park in Port Royal.  The 5K run through town starts at 11am.

Each year, the school leadership presents the committee with a wish list of needed items that are not typical budget items. “The whole intent of the fundraiser”, said Douglas Massalon, the founder, “is to be able to fund something special each year, something that could not otherwise happen.”

Some of the items that have been purchased over the years include an outdoor basketball court, funding of a multi-purpose 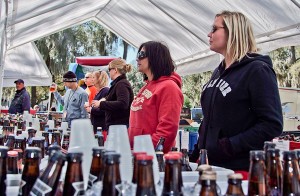 building, drama stage equipment and lights, Promethean Boards for each classroom, and several other needed but unfunded items. Teachers are able to submit “mini-grant” applications to the committee to fund smaller items that would enhance their classroom environment. Projector microscopes for the science lab and specialty interactive curriculum sets are just a couple examples of these items.

The Oyster Roast Committee or ORC has a loyal core group that has been together since the beginning. They commit themselves each year to planning an event that will contribute to the student experience at St. Peter’s. They also are 100% committed to putting on a FUN event every year. “This is a great event for the entire community. Our goal is for everyone to have fun!”, says Matthew Hurtt ,ORC member.

Fun is indeed the recipe of the day, starting with a 5K race through Port Royal at 11:00 am. Sign up at active.com or at Palmetto Running Company. Get $10 off admission to the main event with your registration!

The festivities continue with the Steppin’ Stones band from Hilton Head, made up entirely of youngsters. If you haven’t heard them, they alone are worth the gate fee. Enjoy lots of oysters, sample some microbrews, bid at the silent auction, and then gear up for the big live auction. There is literally something for everyone, with a free and secure children’s area, too. Kids under 14 are free. “This is our way of encouraging families to attend the event. We don’t want folks to worry about a babysitter. We keep the kids occupied and safe” said Mike Brock, who has developed the children’s area into an attraction of its own.

Also, this is a fundraiser, so sponsorships are available and appreciated. Tickets to the event are available at the school office and at Bill’s Liquors and Fine Wines.

See you at the Oyster Roast! 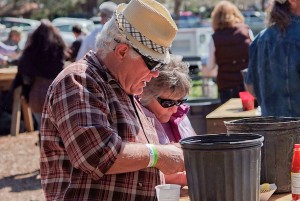