Stopped at the Woods Bridge: Take time to wonder

The next time you’re sitting on the bridge, consider it a blessing.

Slowly, the traffic crawls across the Woods Memorial Bridge. Closed for ten minutes to let a boat go through, the bridge has successfully backed traffic up to the Factory Creek Landing on one side and Bellamy Curve on the other. The stoplight at the corner of Bay and Carteret Streets enjoys a cool and contemptuous sense of importance since its timing now controls the destiny of all those people sitting in their cars, air conditioning blowing full blast to keep the Lowcountry heat from baking them in their SUV’s.

On both sides of the bridge people are waiting…..waiting…… while ice cream melts in a grocery bag and dentist appointments start to get rescheduled. Babies fuss. Bladders wish they’d been emptied earlier. The good nature of fine southern folk is tested. 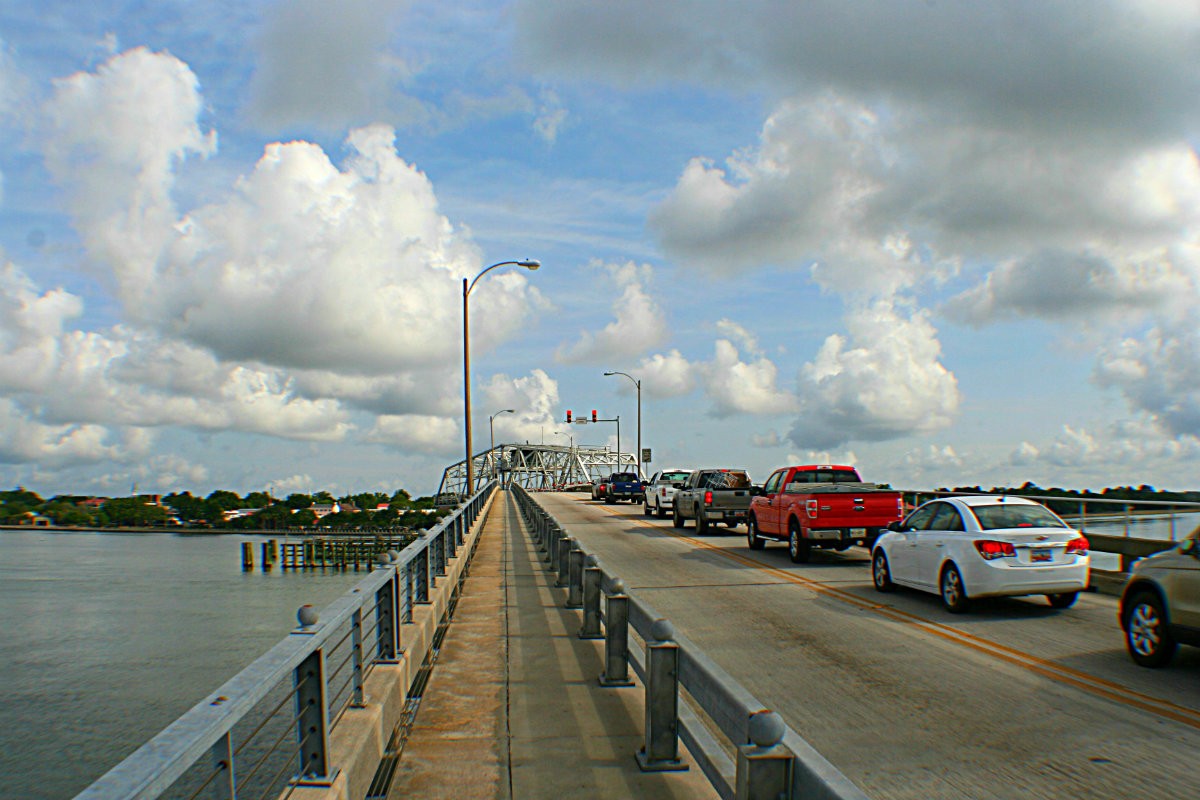 At moments like this, it’s best to follow instructions my parents gave me when, as a teenager, I was bored with waiting. “Just sit and think beautiful thoughts”, they’d say. At the age of 14 when it felt my world was a little claustrophobic and I was sure that all the good stuff was happening to other people, I didn’t do very well with just sitting and thinking beautiful thoughts. But, given there wasn’t much else to do, I developed somewhat of a knack for it and I can now highly recommend it. The thinking of beautiful thoughts can open up the possibilities of experiencing a moment of wonder; possibilities which abound in our beautiful Sea Island home and which are easily missed when we’re busy trying to get something done.

So I’d like to invite you to drop the deadlines for a minute and cultivate a sense of Sea Island wonder with me.

Take a stroll through the cemetery at St. Helena’s Episcopal Church. Envision the tombstones being lifted off the graves then carried inside and laid across

the pews to be used as operating tables during the Civil War. Can you imagine it? Today the church grounds are a serene and peaceful place; a place to go to think beautiful thoughts, as it were. But can you stand in awe at what the church grounds must have felt like with Union soldiers bustling about among women in hoop skirts who worked as nurses?

Early in the morning, find a place by the side of a tidal creek and wait. Everything is still and peaceful as the tide comes in and the only sound is the morning songs of whippoorwills and mockingbirds. But if you’ve been living right you’ll be rewarded with a porpoise sighting. Just watch. Be patient – and – there! The brief sight of a shiny gray back as the porpoise comes up for a breath of air. Can you believe you’re in a place where this happens all the time?

At the other end of the day you stand a good chance of receiving the gift of a Lowcountry sunset over the water. They’re so beautiful you’ll just have no choice but to stop what you’re doing and wonder at the sight of it. Take a picture if you need to, but then take time to just sit and watch. Remember to breathe.

Some wonders are easily overlooked, like these little fiddler crabs that go about their fiddly business while we deal with important human affairs like bridge 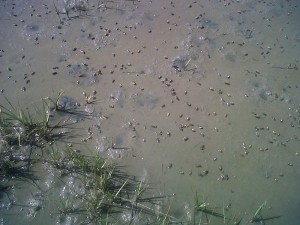 closings and dentist appointments. Did you know that these tiny crustaceans have an uncanny and completely reliable sense of time? They know when the tide’s coming in and, when the feeling is right, they climb into their holes and close up the opening with a mud ball. There they wait patiently (much more patiently than we do on the bridge) until their internal alarm clock tells them the tide has gone back out again and it’s safe to un-barricade the door and go back to doing what fiddler crabs do best – eating stuff and looking for girlfriends. Now that’s just extraordinary.

If you really want to stand in wonder, sit quietly on the grounds of the Penn Center and envision former slaves getting an education, acquiring new skills, learning to be free. Even the huge oak trees seem to stand in awe of it. Can you picture schooners on the creeks around Beaufort, carrying cotton to Savannah and Charleston?

If that’s not enough, consider the magic of tides. As someone once said, “It doesn’t stop being magic just because you know how it works.” Or maybe take a short detour off of Boundary Street for a few minutes and wander the tombstones of the National Cemetery. Think of the honor, the patriotism, the sacrifice.

When I was younger and the internet didn’t exist yet for me to visit places with the click of a mouse, I used to stand on the beach at Hunting Island, look to 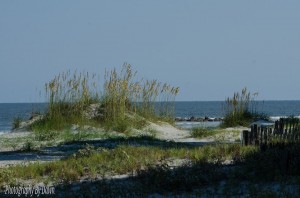 the horizon, and think to myself, “Across there lies England.” The thought of it! Now I know that I was a little too far north in my estimation of where I would be if I could travel quickly and easily across the ocean – I’d actually be pretty close to Marrakech – but still! The thought of it! And maybe there’s someone like me standing on the shores of Morocco thinking “Across there lies America”. Cool.

Walt Whitman said, “Every moment of light and dark is a miracle.” The trick is seeing the moment, touching it, and acknowledging it. In this beautiful place we call home we have the opportunity to literally be stopped in our tracks by one of those moments on a daily basis.

So the next time you’re sitting on the bridge, consider it a blessing. You have no choice other than to stop what you’re doing for a moment and think beautiful thoughts – and in the process perhaps you’ll be touched by a moment of wonder. 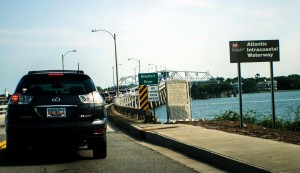