The Mating Game: Spring arrives with the courtship of the great egret

The weather is starting to heat up in Beaufort and so is the birding at the Cypress Wetlands boardwalk over in Port Royal. This is the time of year when the Great Egret males have just started arriving to claim their nesting area and start the building process; they will be followed shortly by the females.

Both sexes will be dressed in their nuptial plumage, the beautiful ornamental feathers that they were hunted nearly to extinction for in the late 1800’s.

Once the females arrive, the elegant courtship displays will commence.

The males will fan their gorgeous feathers while outstretching their necks in what is called the stretch display. Their courtship dances are elaborate, intricate and not to be missed! Once a pair is formed, a shortened version of their courtship ritual will become the couples greeting each time they join one another at their nest.

After mating, the female will lay will lay her eggs which are usually a clutch of 2-4. Both parents will take turns incubating and feeding them until they are old enough to fend for themselves. Siblings frequently squabble over food and rivalry often results in the death of weaker chicks. In 6-7 weeks, the successful chicks will fledge the nest. 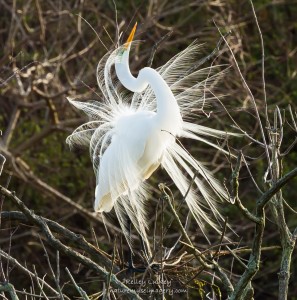 The Cypress Wetlands boardwalk in Port Royal is always an outstanding spot to observe the behaviors of the tall, stately white wader of quiet waters as well as other beautiful heron species.

Now is definitely the time to get out there. There are a couple of nest builders near the amphitheater. Late afternoon and evening seem to be a bit more active. 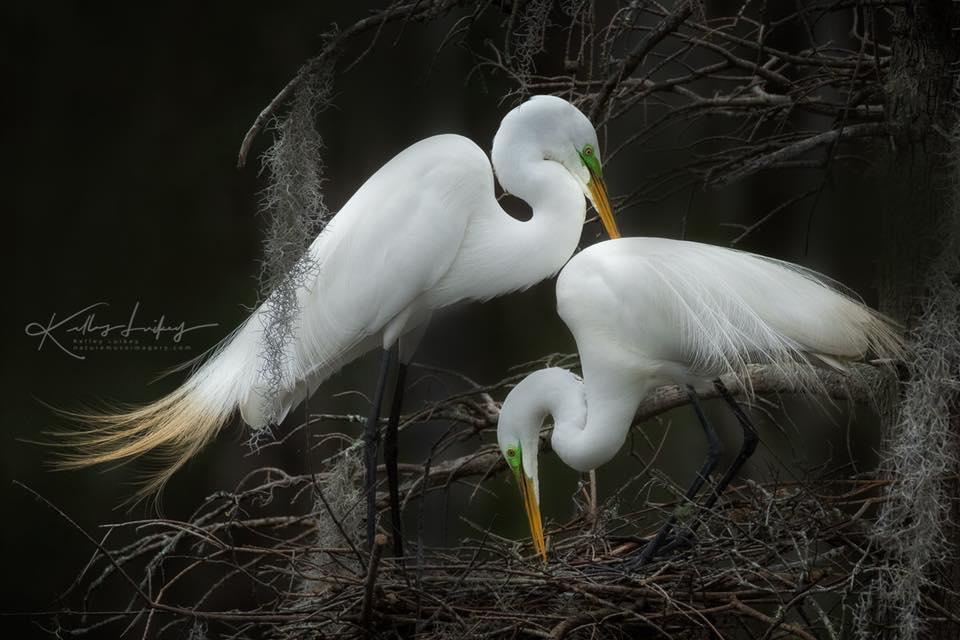