To be: Shakespeare opens with a bang at ARTworks

By Gail Ankney |  Shakespeare hit the stage with a bang as Thursday marked the opening night of ARTworks’ presentation of “The Complete Works of William Shakespeare – Abridged”, and this play is ‘complete’, with side splitting laughter.  The Bard’s works are well appreciated, much anticipated, and very well received.  It’s always nice to be in a theatre filled with fans, who at the close, give the actors a standing ovation.

“This play was a lot of fun and really put a whole new spin on Shakespearean works.  It cut the fluff and got down to the meat of the plays” stated Keitha Vaughn, USCB English major.  “Attending this play was required by Dr. [Robert] Kilgore, and I must say, this was one of the best

homework assignments I have had to do in a long time.”

The play was acted out by Heather Denardo, Matthew Donnelly, and Michael Kane, along with many spontaneous outbursts from the audience. The premise is an ‘abridged’ version of all 37 of Shakespeare’s plays, acted out in 97 minutes.  With just the three actors, each had several different hats or wigs to wear throughout and even at times solicited assistance from the audience.  Even yours truly made my career debut on the stage. 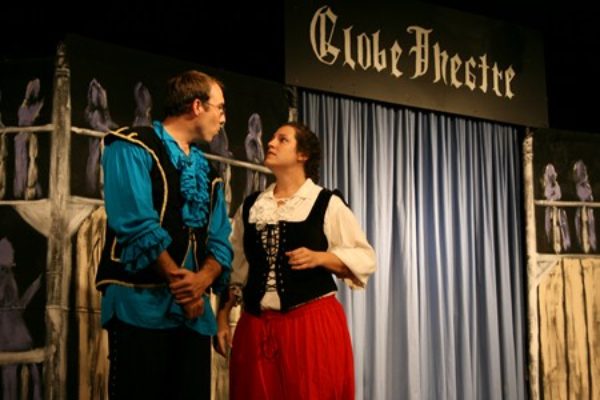