Presented by ARTworks in association with 303 Associates, Heritage Brass features the diverse talents of five professional Airman-musicians whose commitment to excellence has earned worldwide acclaim and military distinction. From Bach to the Beatles and patriotic favorites, Heritage Brass offers a musical experience enjoyed by all audiences.

Activated in 1941, The United States Air Force Heritage of America Band has a rich history of inspiring public patriotism and enhancing esprit de corps among all the US military service branches. These world-class musicians are stationed at Joint Base Langley-Eustis in Hampton, Virginia. They travel throughout the Mid-Atlantic region, presenting over 300 events annually for the general public and in support of Airman morale and protocol events. Under the leadership of Lieutenant Colonel Jeffrey B. Warner, the USAF Heritage of America Band remains at the forefront of communicating Air Force core values and preserving and enriching America’s military and musical heritage into the 21st century.

ARTworks is the community arts center of Beaufort, the coolest arts council in the Carolinas, and applies the many creative tools of The Arts to strengthen artists, and enrich audiences, collectors, and visitors through high quality arts experiences and arts education programs 365 days a year.  www.ArtWorksInBeaufort.org 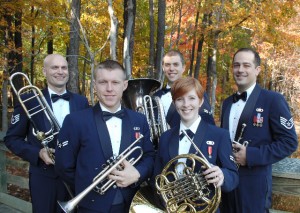