By Gail Ankney |  Vetpalooza kicked off the beginning of the Lt. Dan Weekend at Beaufort’s Henry C. Chambers Park last night with a tribute concert to benefit vets present… and past.  In attendance were many wounded veterans and their caregivers, and the crowd was well entertained with opening acts, Mike Corrado and wounded veteran Dale Beatty.  Headline act Rockie Lynne, a noted country performer, played a patriotic 70 minute set, and paid homage to those who’ve sacrificed for our country.

Lynne showed honor to all military service, including the JROTC from Bluffton High School.  At one point during the concert, there was not a dry eye in the crown when Lynne acknowledged the Vietnam veterans, called them to the front, and then thanked them and welcomed them home. 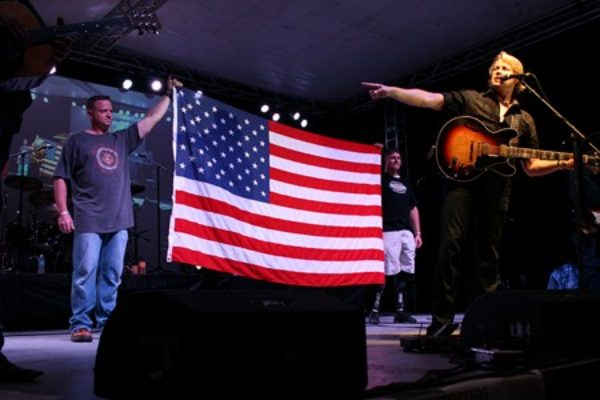