Walk the Bay Street of 1863 at the Verdier House Museum

A scale model diorama of 1863 Bay Street will open at downtown’s Verdier House Museum on Monday at 10am. Housed in the ground floor of the Verdier House, the exhibit is free to the public to view daily from 10 a.m. – 4 p.m. Historic Beaufort Foundation’s monthly Dinner & A Lecture will follow (on Monday April 28th) at 5:30 p.m., featuring a formal presentation and photographic tour of Bay Street by model craftsman Dennis Cannady.

Using photographs taken during the Civil War by noted photographer Samuel Cooley and others, Cannady spent the last 14 months capturing each Bay Street 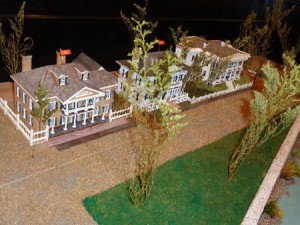 structure, from New to Charles streets, in 1:120 scale. The exhibit portrays a 19th century view of Bay Street largely unknown today. Of the 62 structures he re-created, 42 of them were major buildings. Of those 42, only seven remain. Fires, hurricanes and demolition took the others and the exhibit highlights that.

Cannady placed each building in context and in relationship to each other on a simulated Bay Street complete with sandy streets and a waterfront covered with wharfs. His lecture will be illustrated by photos of his models side-by-side with the historic photos.

Every building has been re-created as authentically as possible based on the photographs. Windows, chimneys, porches and doors all in miniature are reflected as they appear in the photographs. Cannady recreated the lowcountry landcape with spices including coarse pepper, dill weed and seed, lemon peel, and roasted garlic and dried flowers, glass beads and moss.

Cannady, a retired mechanical engineer and Civil War enthusiast, has created other models exhibited at the Verdier House including the SS Planter, a Confederate ship commandeered by local slave Robert Smalls, and a model of Robert Smalls home at 511 Prince Street and a model of the U.S.S. Wabash, a U.S. Navy ship which spearheaded the assault on Beaufort in 1861. Cannady is a frequent lecturer throughout the Lowcountry and the state on the life of Robert Smalls.

Dinner & a Lecture guests are invited to gather in the ground floor at 5:30 p.m. for the wine and hors d’oeuvre reception while they get a first-hand look at the eight-foot long diorama. The lecture is 6 p.m. – 7 p.m. in the Verdier House drawing room.

The evening event is open to HBF members and non-members. Admission to the lecture is $15/$25 per member/member couple respectively, and $20/$30 per non-member/non-member couple respectively. Seating is limited; call 379-3331 to make reservations. A three-course dinner at Saltus River Grill is offered at $19 per person for attendees at the lecture. Call Saltus River Grill at 379-3474 directly to make dining reservations. 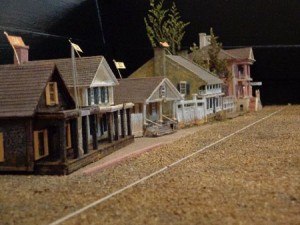 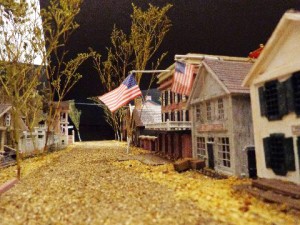