Big changes are coming to Boondocks Restaurant on St. Helena Island. Under new ownership as of May 1st, plans are to expand it’s nightlife offerings, add lots of live local music, introduce new restaurant promotions and also to build and operate an 18 to 36 hole putt putt miniature golf course on the property.

New owners Marlene Kiste and Jesse Johnson, along with Marlene’s son Travis Hunter and fiancé Emily Burkhalter have big plans to make the restaurant a can’t miss lunch & dinner spot and a popular nightspot with the tourists vacationing on Fripp, Harbor, St. Helena and Hunting Islands as well as making it a go-to for the Beaufort locals.  Each has a background in restaurant or nightclub ownership and management, and that experience is being put to good use.

They’ve been working over the past several weeks to update the upstairs bar area and have added a video arcade in addition to several other amenities. “We’re 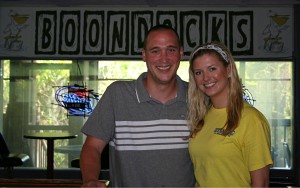 going to make it a sports themed bar, with lots to do every night of the week”, says Travis. “We are adding trivia nights, karaoke nights, corn hole nights and Wii bowling nights in our new arcade. We just love to have fun, and that’s what it’s all about. You will know that if you come to Boondocks, you’ll be having a good time.”

Look for an uptick in nightlife as plans are to add live music several nights each week.

In relocating to Beaufort, Travis and Emily wanted to open a Putt Putt Miniature Golf Course in the area because they believe that Beaufort really needs one.  After purchasing Boondocks which sits on some seven acres of land, plans are now to put 18 to 36 holes of mini golf on the property adjacent to the restaurant, right along Sea Island Parkway for the public to enjoy. “We’re going to have a lot of fun with this, and we know that Beaufort is too”, Emily said.

The family and kid friendly restaurant will be going through some changes as well.  Outside seating will be added along the back patio, and look for updated interior seating and more. A focus will be placed on procuring local seafood from Beaufort’s fishermen as well as local produce from Beaufort’s growers; something we were very happy to hear. Also planned are local seafood nights, wing nights and more.

The changes add another spot to catch some live local music and another spot to add to your band-hopping schedule.  As it stands now, the only place to enjoy a local Beaufort band from St. Helena to Fripp Island is at The Foolish Frog. Not too bad, but variety is the spice of life, and everyone loves options.

Ok, now to answer your most burning question: “Expect ‘Putt Putt in the Docks’ to open this summer”, says Emily.

We’re looking forward to it.  Aren’t we, Beaufort? 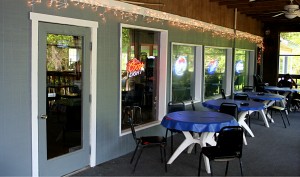 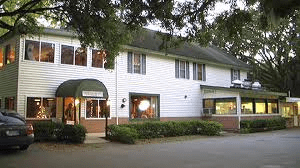 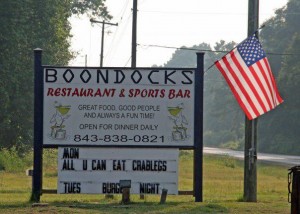