Suppertime at the Beaufort Water Festival: A local affair 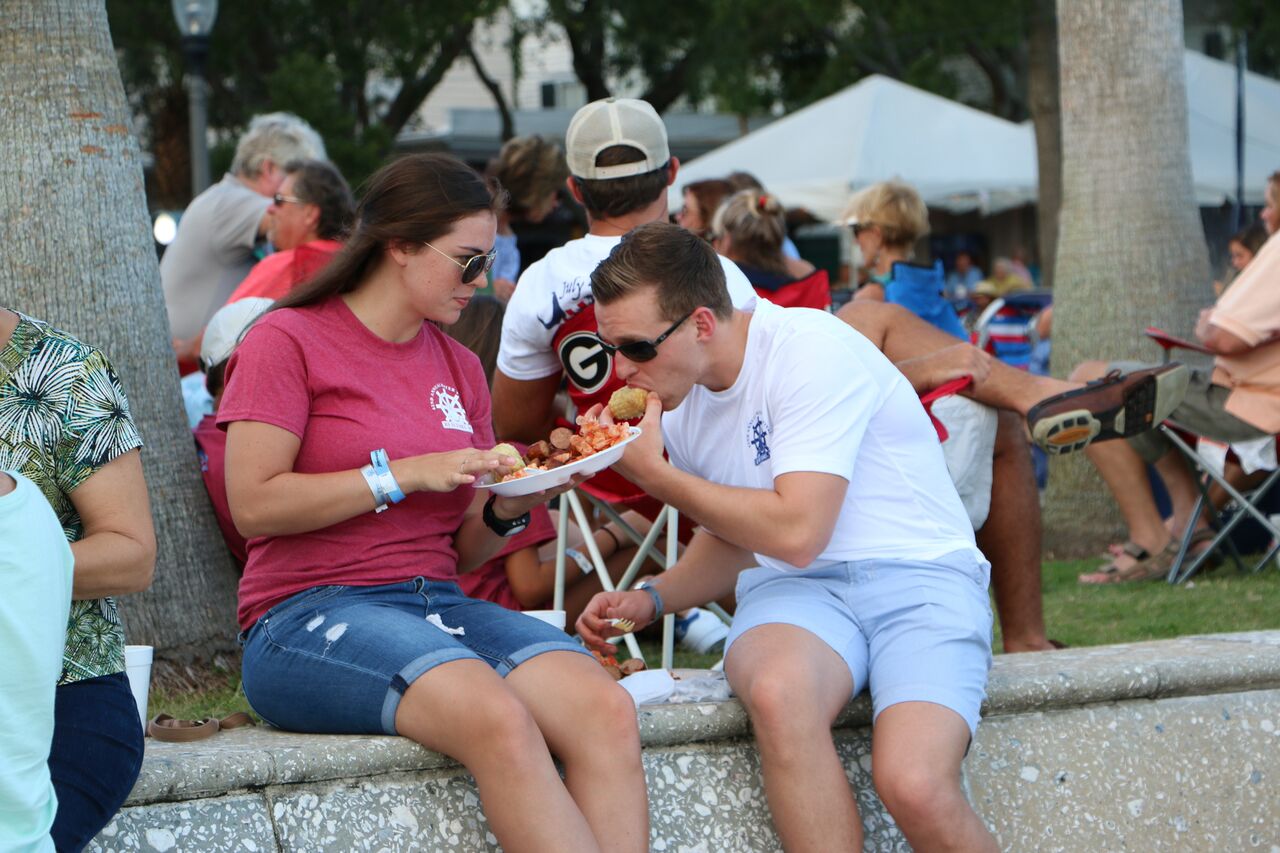 Thursday night’s Lowcountry Supper was a delicious combination of signature Beaufort fare, some muggy Lowcountry heat  and hours of rockin’ fun. A line of anxious and hungry patrons began to form outside of Henry C. Chambers Waterfront Park about an hour before the gates opened. Once in full swing, thousands of festival goers devoured plates of  Frogmore Stew, juicy slices of local watermelon, and the southern standard… ice cold sweet tea.

How much does it take to feed so many people? Craig Reaves of Sea Eagle Market did the cooking on site with plenty of help from local caterer Jason Dangerfield.

That’s a lot of food. A meal fit for a town. 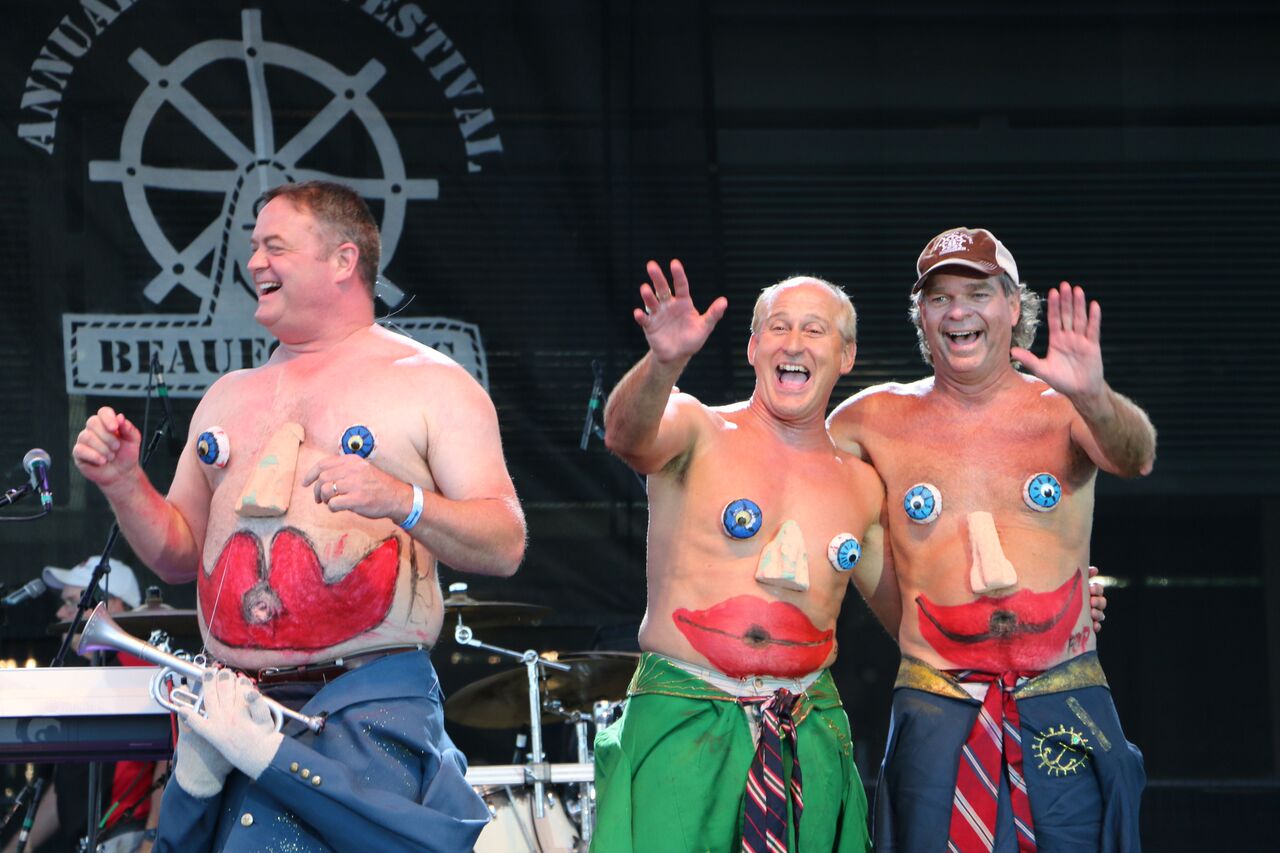 Folks lined the seawall with plates piled high while the entertainment was energetic and got people up on their feet dancing, despite some very full bellies.

The Beaufort Whistlers had fun as always with their much-anticipated annual performance. The crowd enjoyed some music by Eric Daubert and the party continued on into the evening with Broke Locals featuring the addition of Candice Glover on a few songs in a powerful performance.

It’s not often that you can sit down to a nice local supper with your entire community, but you can bet it comes around once a year at the Beaufort Water Festival. 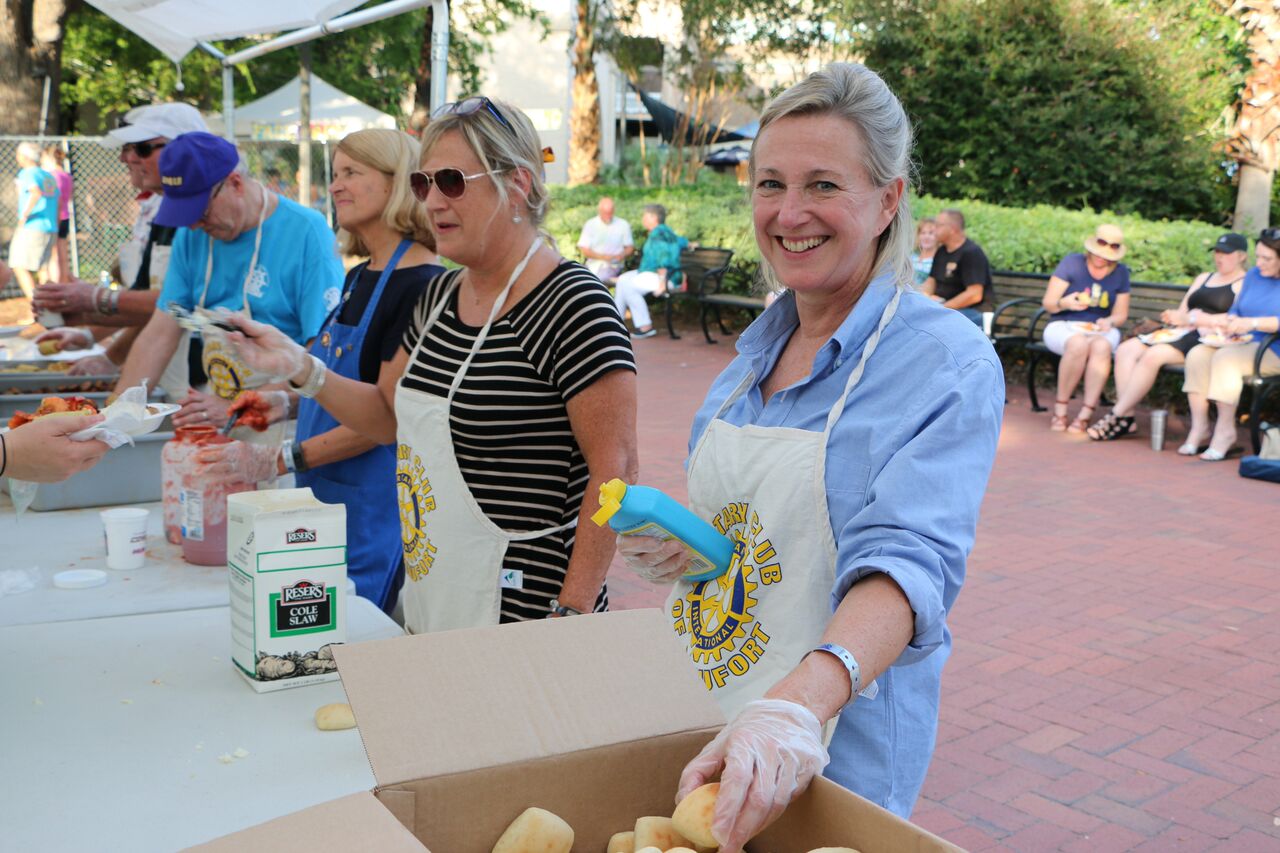 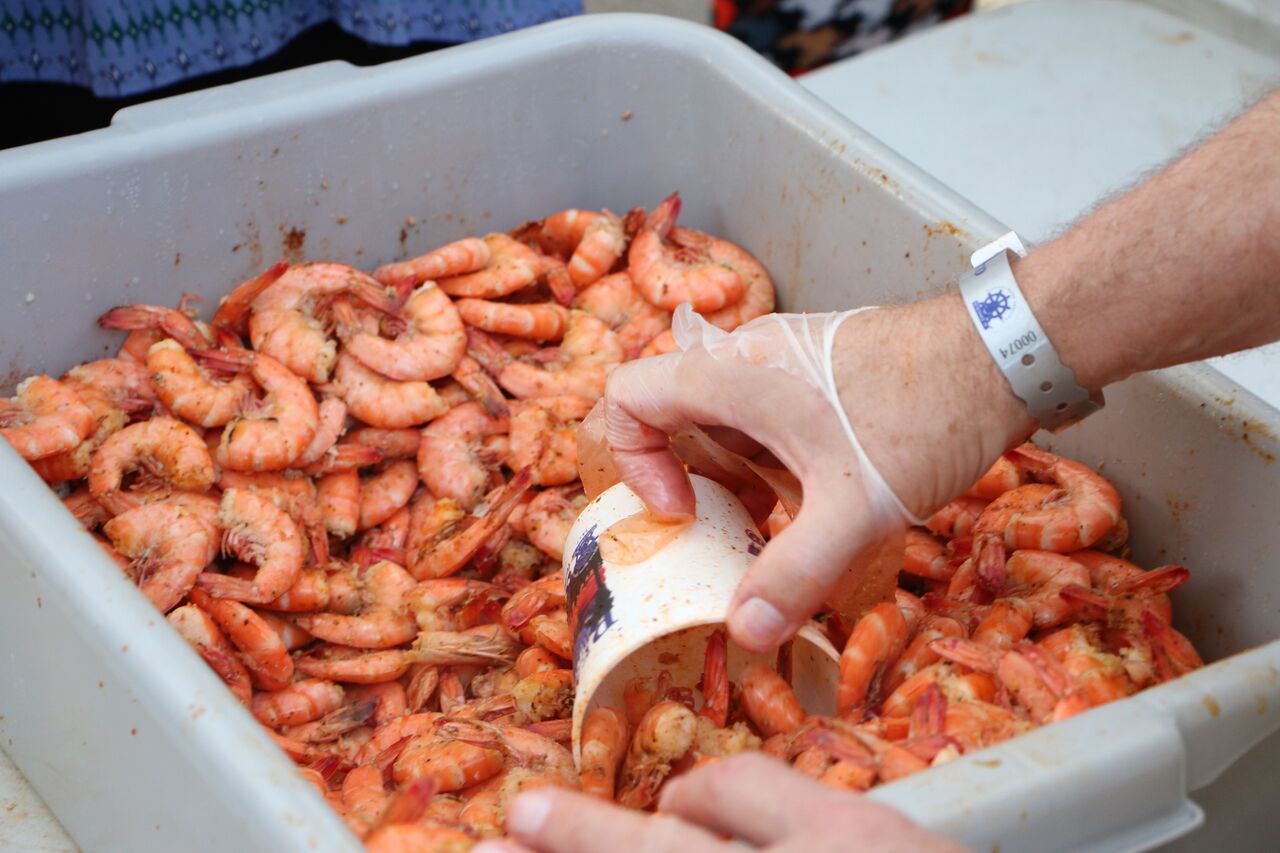 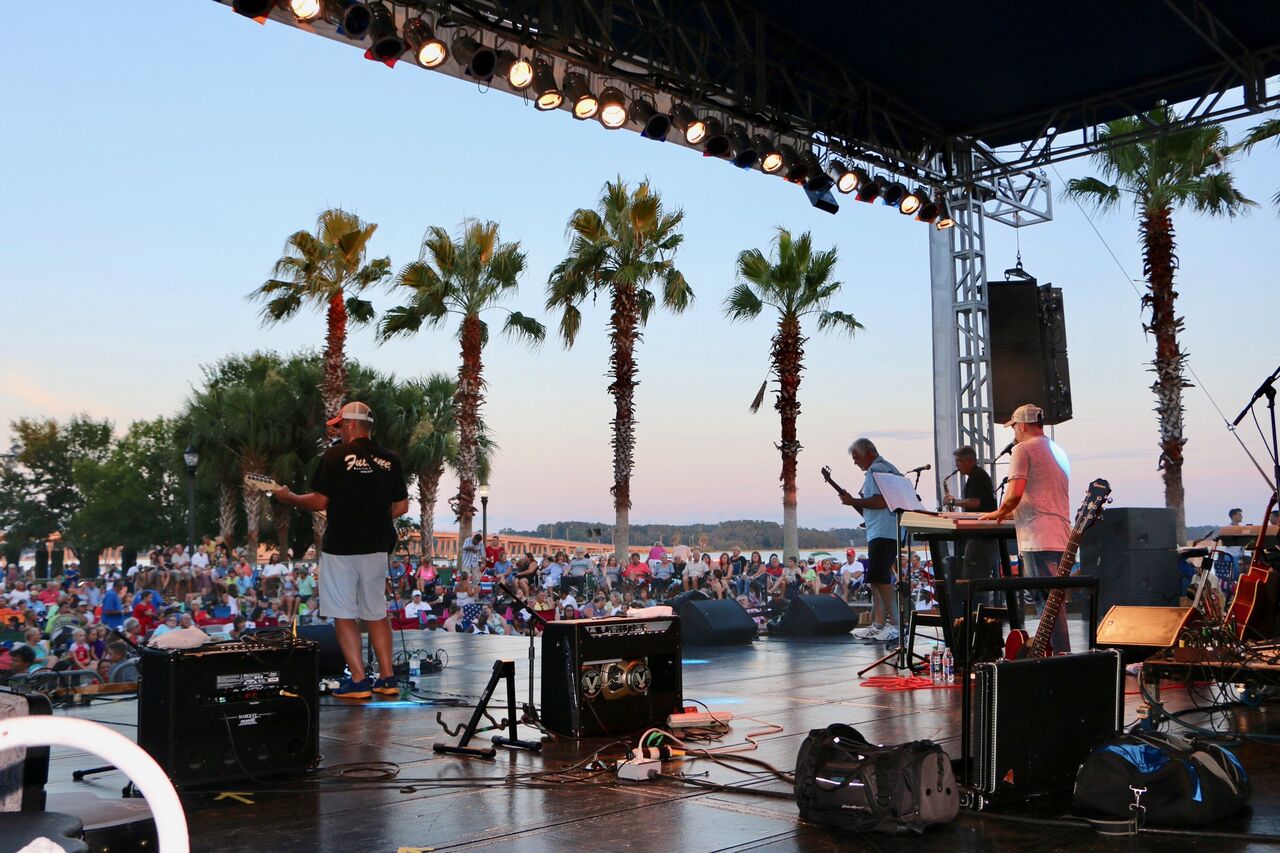 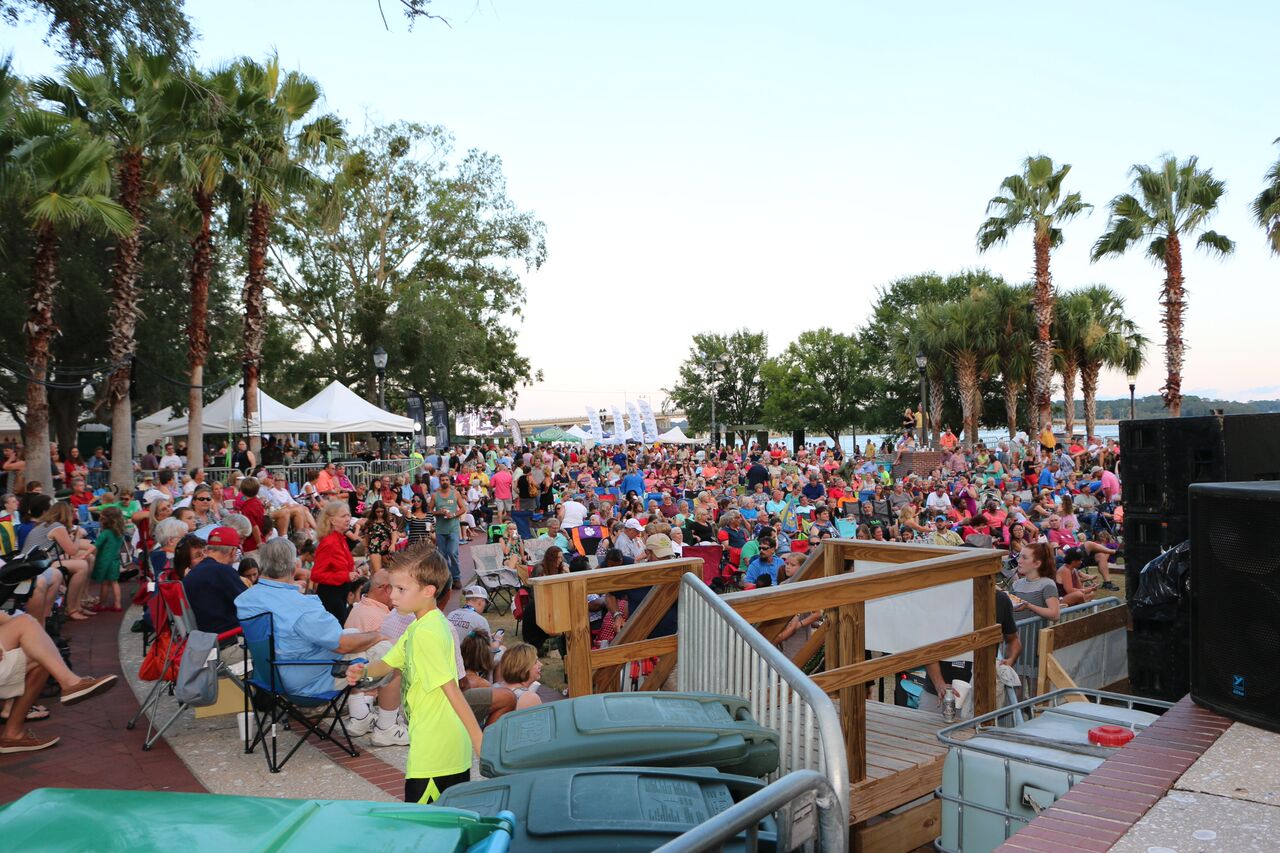 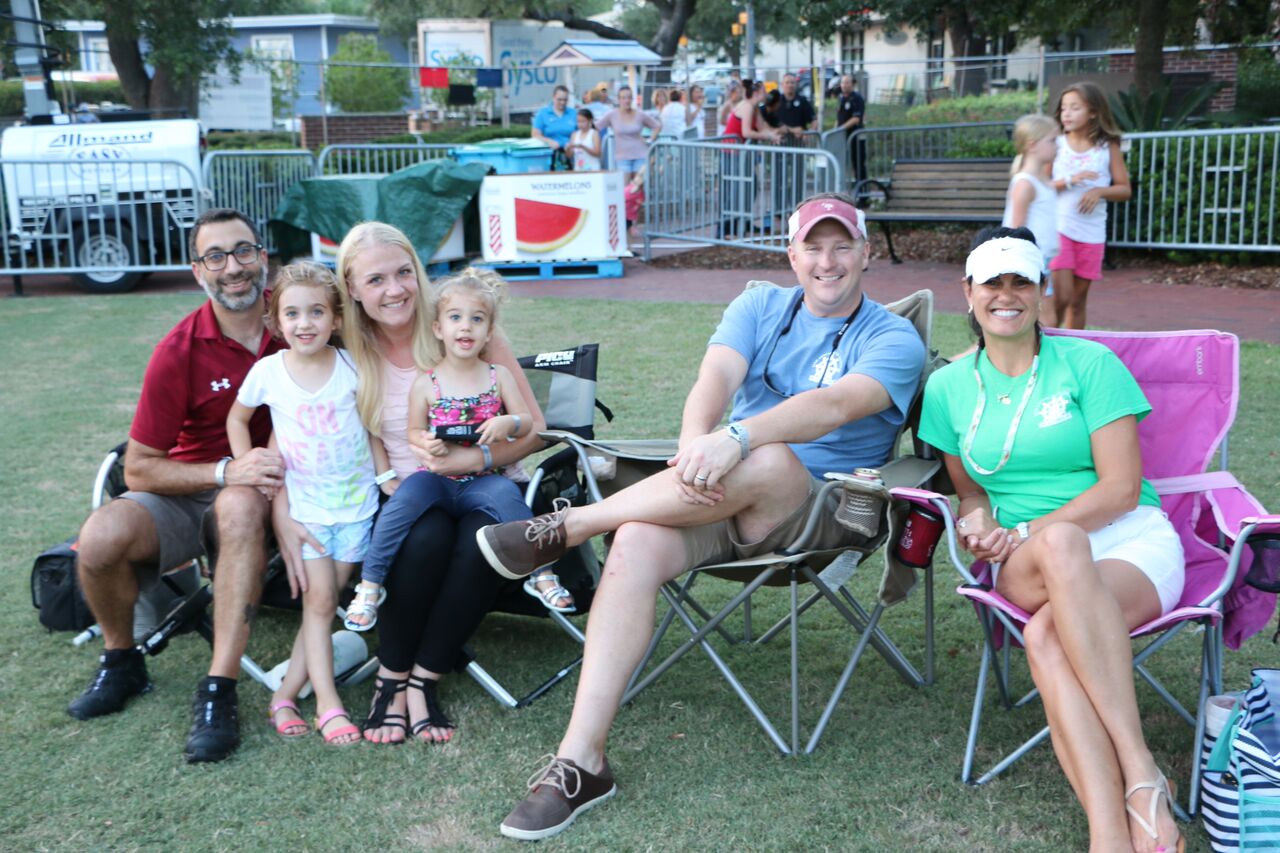