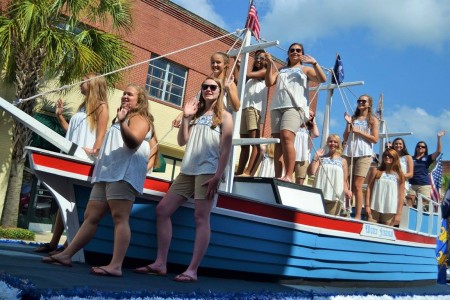 Early Saturday morning gave us clear skies and lots of sunshine, in contrast to the several days of torrential rain that have filled the downtown streets with water. In this beautiful weather it seemed as though all of Beaufort turned out as thousands of people sat along Bay Street in folding chairs to get a prime view of the 60th Annual Beaufort Water Festival Grand Parade. One of the most popular traditions of the annual Water Festival’s events, it draws big crowds and never disappoints.

The parade rolled in from Boundary Street shortly after 10 a.m., led by the United States and Marine Corps flags. The floats were impressive, like the touching Veteran’s Tribute float, complete with the Statue of Liberty, flags of all U.S. Armed Forces, including POW MIA. The Lady’s Island Middle School cheerleaders got the crowd riled up with Cougar Pride as they strutted down Bay Street. BJWSA trucks cruised down the street, spraying water to a [mostly] appreciative crowd. The parade ended with local fire trucks blaring

sirens that barely drowned out the applause.

While the parade was in full swing, the Dragon Boat races were going full throttle in the Beaufort River. People lined the sea wall to watch this exciting event and cheer on some 30 teams in three heats of races. While the teams raced in front of the seawall, the park bustled with local businesses and organizations. A moving Carnation Ceremony was held to honor cancer survivors and their families.

Later in the evening, tons of folks turned out to Henry C. Chambers Waterfront Park to celebrate the last night of the 60th Annual Water Festival, the Commodore’s Ball. The Too Mush Sylvia  played under a clear Lowcountry sky.

Commodore Bill Damude paused the entertainment to thank festival staff and volunteers for their commitment and hard work during the 10 days of events.

Bill later announced the name of the much-anticipated 61st Commodore, Chris Canaday, who has been involved with the Water Festival for a number of years. He and his wife, Stacey, took the stage to thundering applause and enjoyed the spotlight in a customary dance.   Their happiness and excitement were contagious, and we are sure to expect wonderful things from our newest Commodore.

Photos by ESPB/Kaleigh Small. For over 1,000 photos of all of this year’s stellar events, visit our Water Festival Photo Gallery. 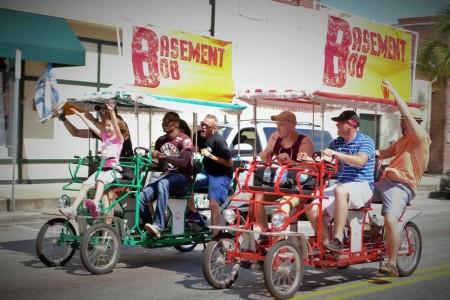 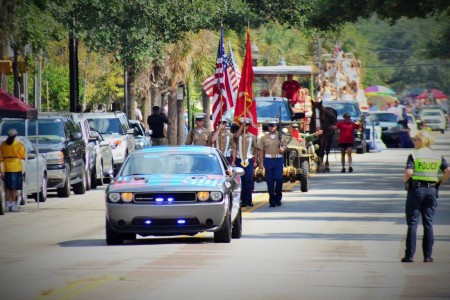 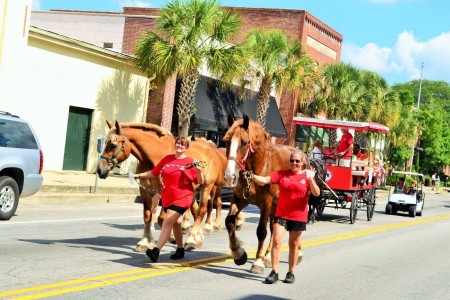 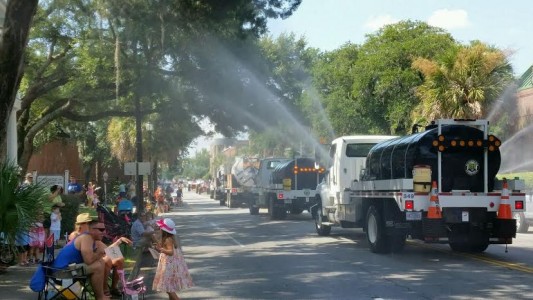