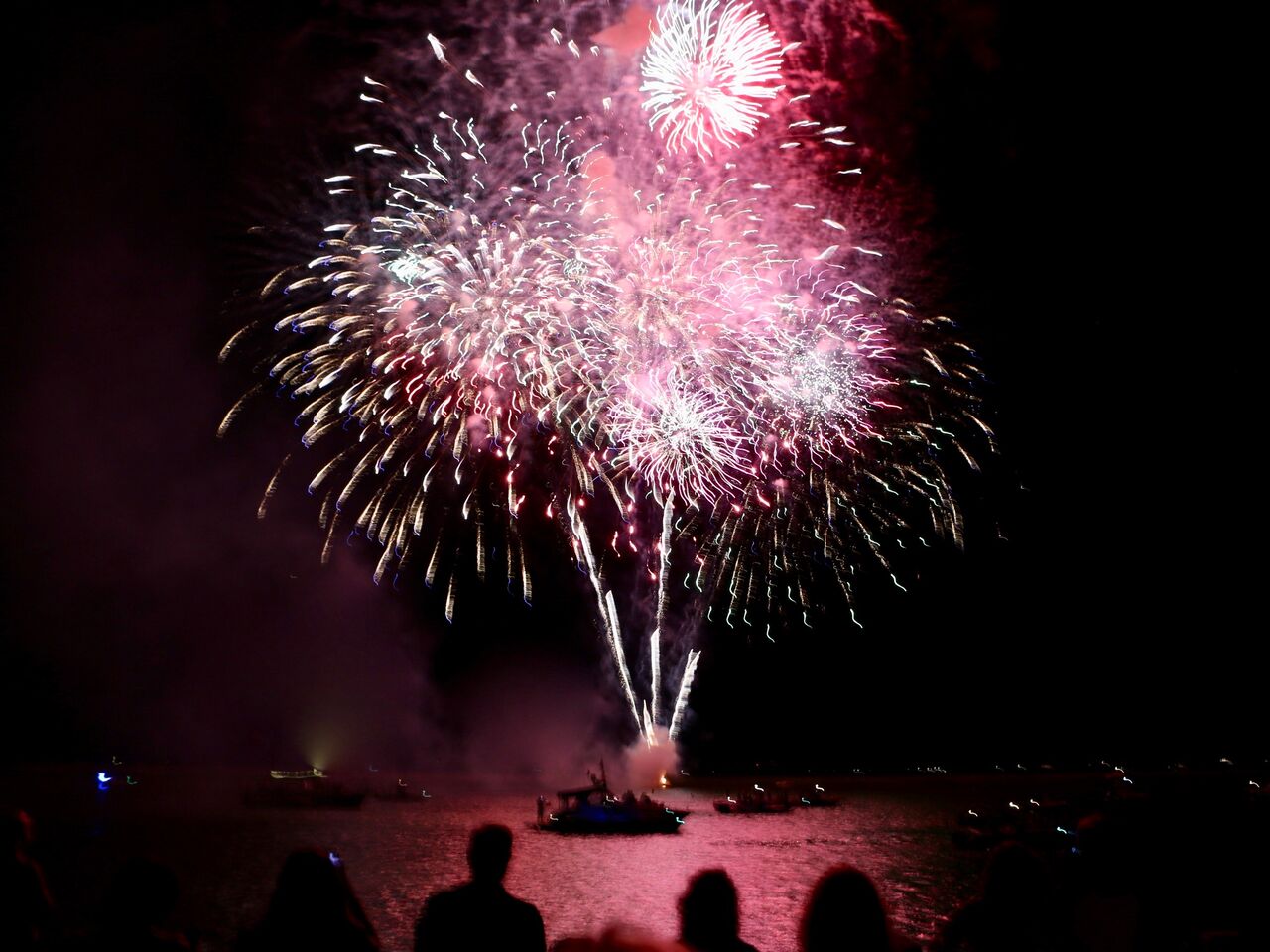 The 62nd Annual Beaufort Water Festival started off with a bang at the Opening Ceremonies Friday night at Henry C. Chambers Waterfront Park drawing a very large and festive crowd. After being able to enjoy the craft and other vendors all afternoon, the gates opened at 6pm letting anxious festival goers flood into downtown’s waterfront and pick a spot for their lawn chairs. The Lowcountry weather was typical – plenty of hot with just enough with a complementary breeze that made traversing the tremendous crowd a tad bit easier.

The Parris Island Marine Corps Band provided energizing musical entertainment during what was a truly perfect Lowcountry evening, with a wide variety of tunes from patriotic – honoring all branches of the armed services – to big band and jazz. The band had the crowd pumped and feeling patriotic when the sunlight began to fade and the day turned into night.

With a near dark sky came what many people were waiting for; the Water Festival fireworks over the Beaufort River.

We talked with several folks, locals and visitors alike.  All seemed rather excited to be at Water Festival. One visitor, Ashley said that she has been wanting to attend the Water Festival.  “Each year I’ve tried to come but it has never worked out until now.  I’ve heard that the festival is a really big event that really makes Beaufort come alive”.

No matter the reason for coming out it seemed like everyone was having a delightful time.  The Beaufort River was full of boats, lighting up the water. With live music and free admission, Opening Ceremony drew quite a crowd and the atmosphere was upbeat.

A great opening night.  It’ll be a tough act to follow, but that’s what makes the Beaufort Water festival so special.  It delivers for everyone…for 6 decades now.

The Water Festival continues on Saturday with a whole slew of events including the Raft Race, sports tournaments and the big Concert in the Park with Aaron Lewis. 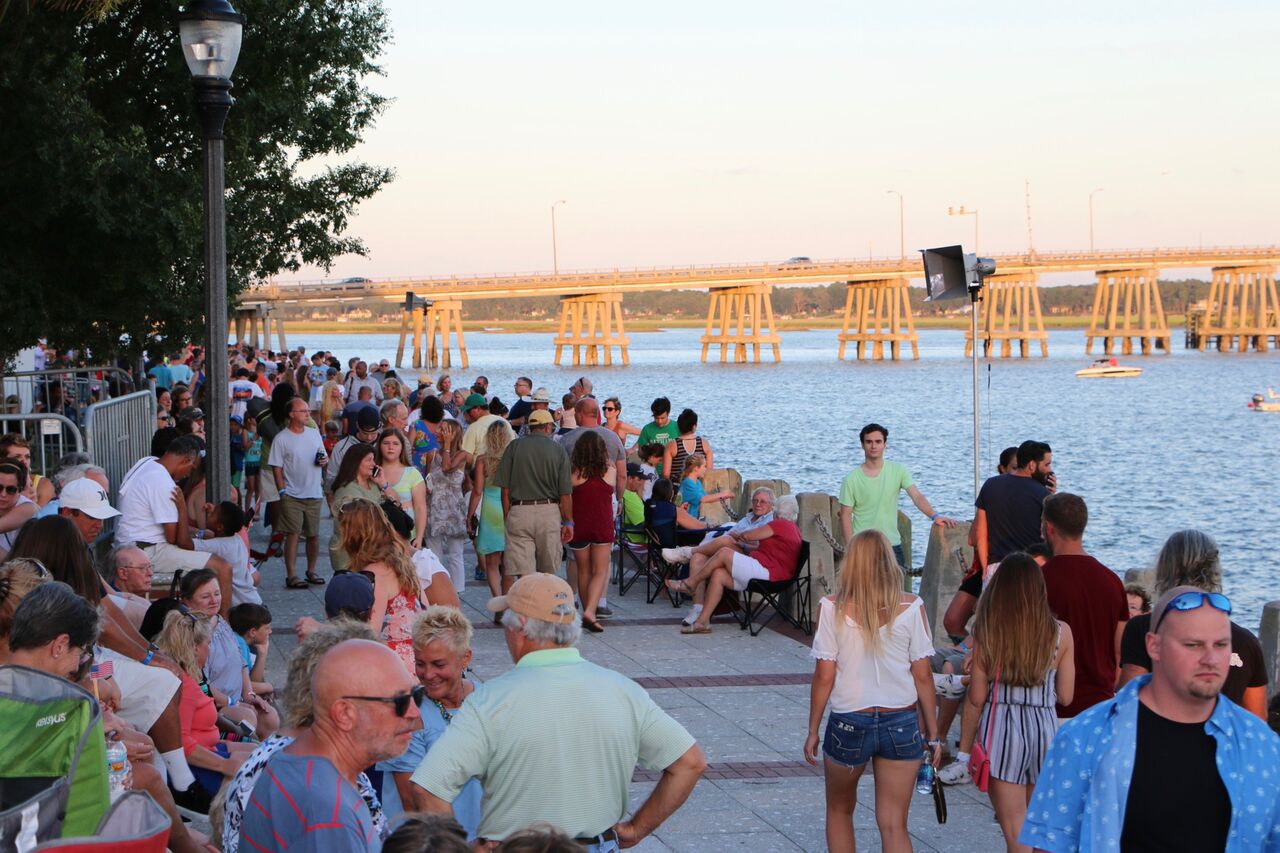 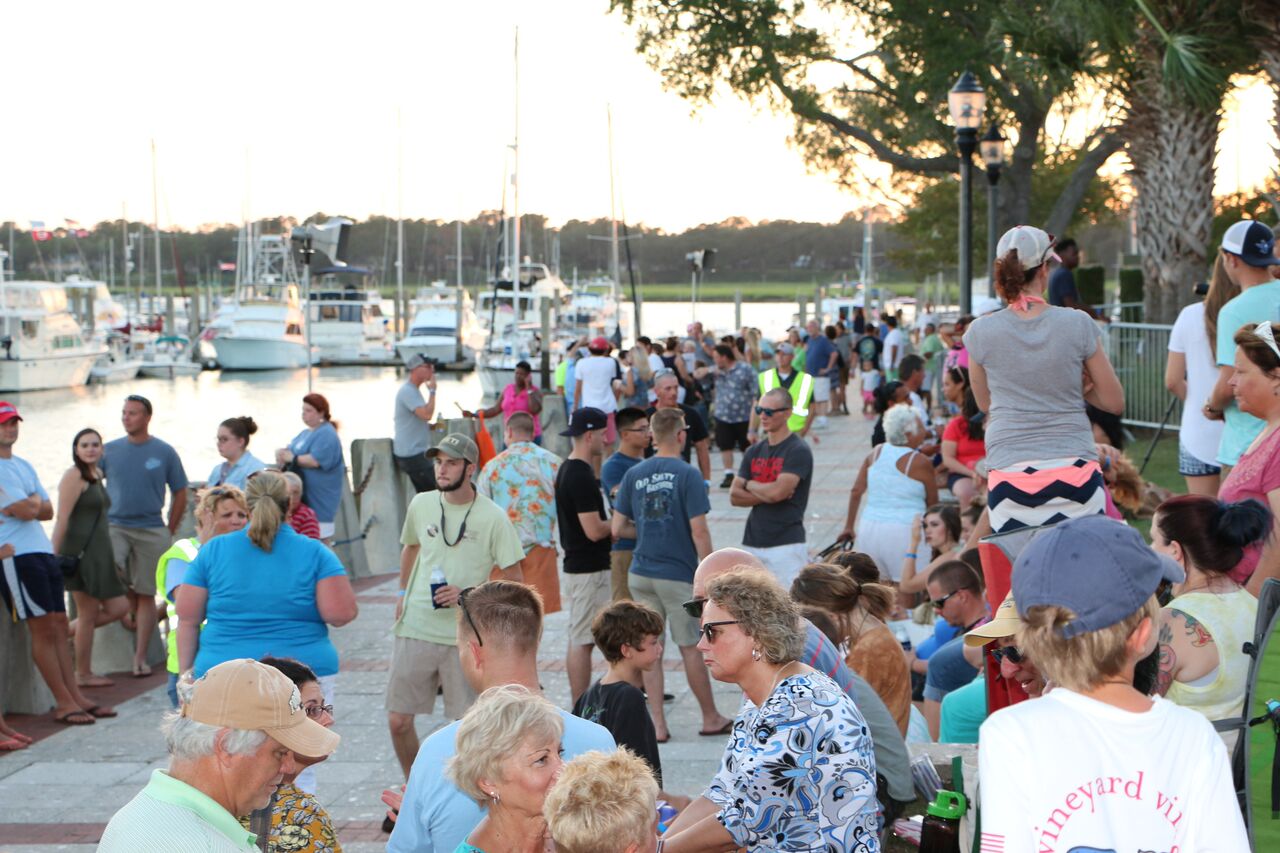 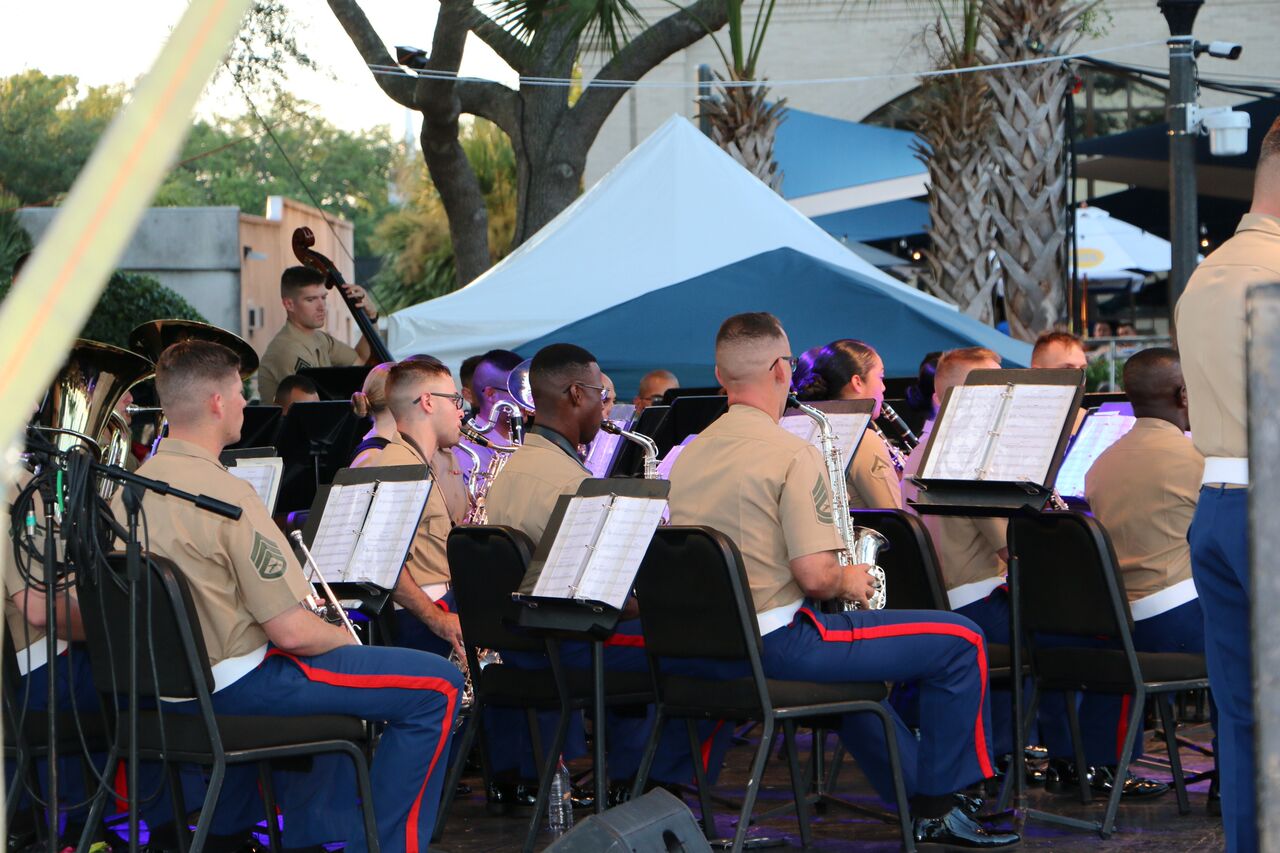 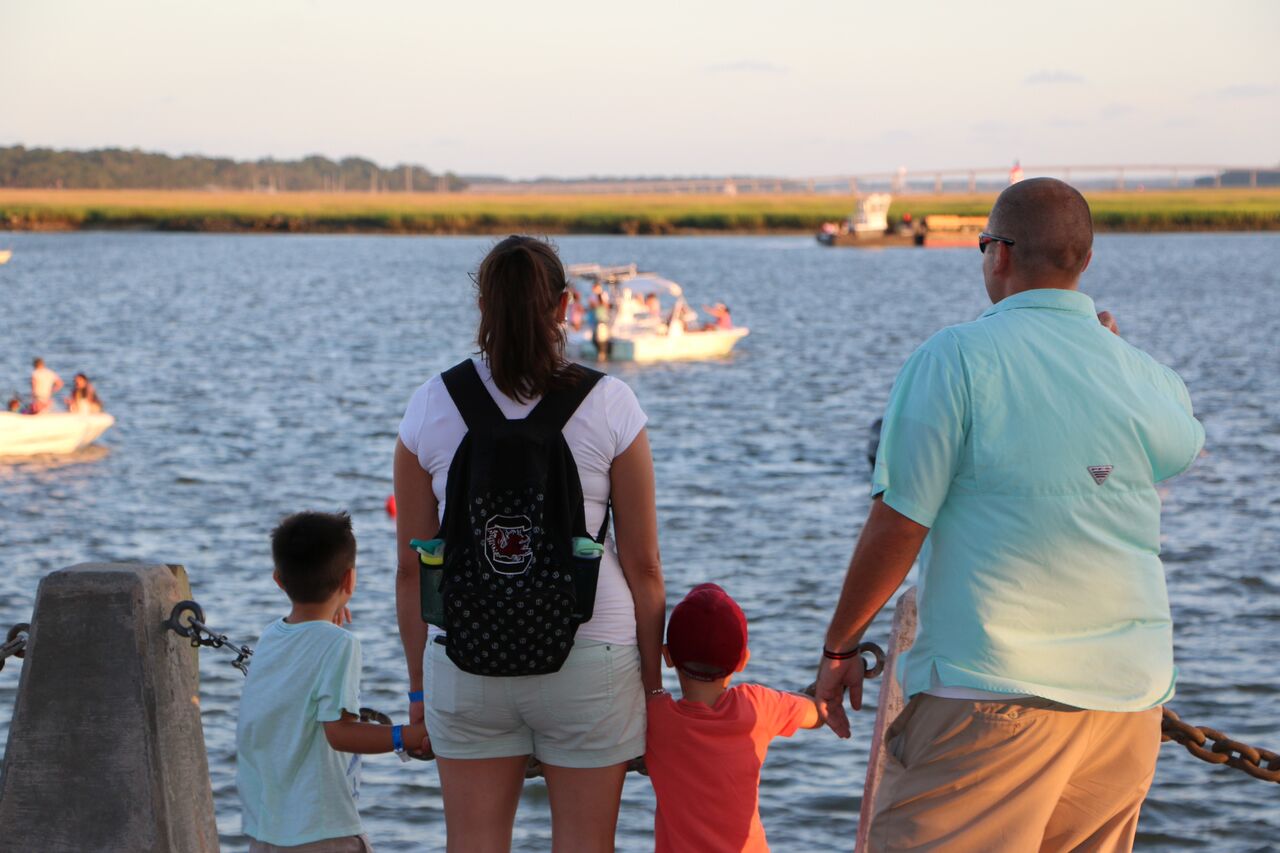 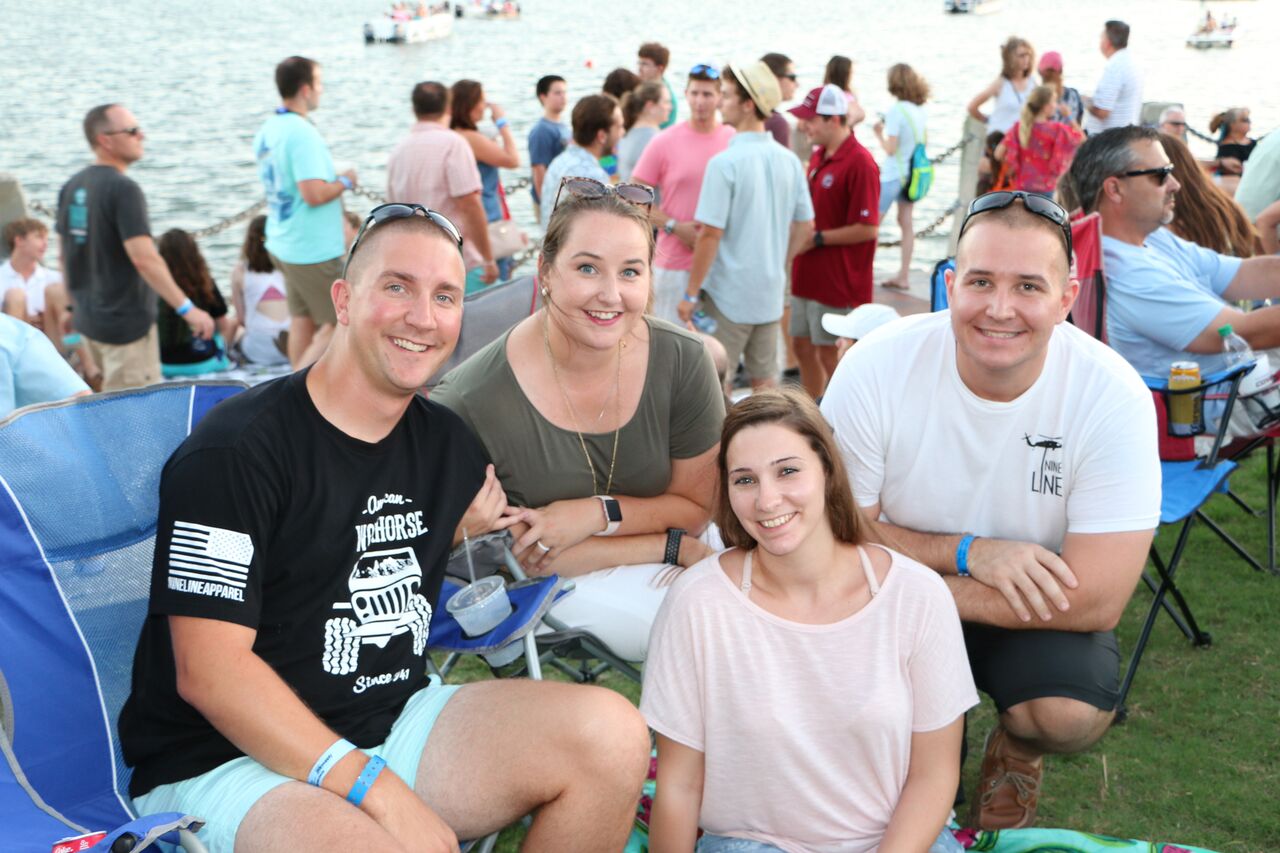 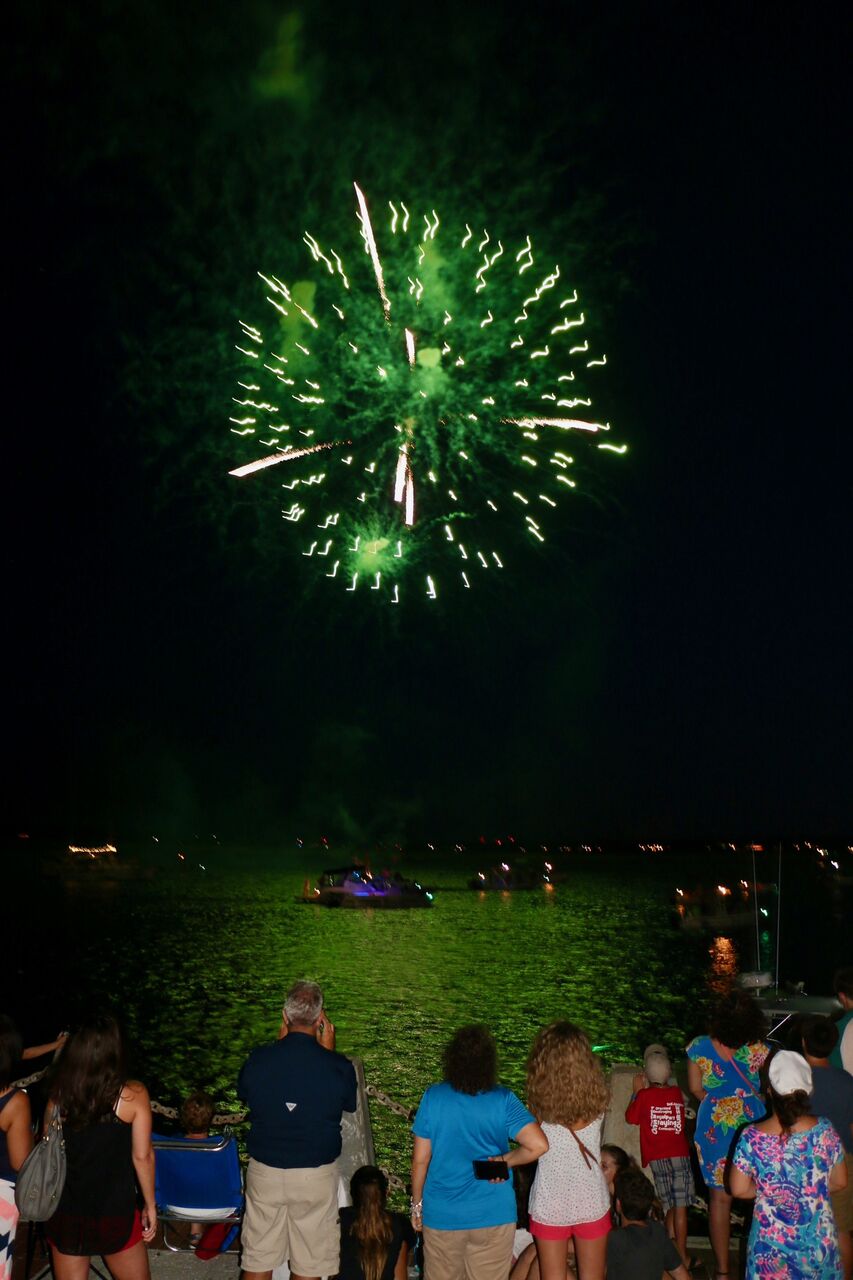