Beaufort celebrated Memorial Day with a well-attended parade and a ceremony at Beaufort’s beloved National Cemetery that followed.  Beaufortonians of all ages turned out for the parade despite the constant threat of rain to say thanks and show their appreciation to the 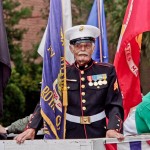 many local veterans who joined in this year’s march.   Also on hand were three of our local high school bands, JROTC units, local civic leaders, classic cars, local emergency personnel, and many other entries.  The parade was topped off by a 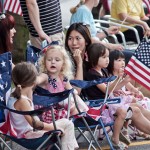 military truck, equipped with a smoke machine pulling a float honoring every veteran from every branch of service who served in every war.  The parade followed the usual route with the exception of leaving Bay Street at Adventure St. due to the current project on Bladen.  View over 100 photos of today’s Memorial Day parade and ceremony in our Photo Gallery here.

After the parade, Beaufort’s National Cemetary was host to a Memorial Day ceremony with 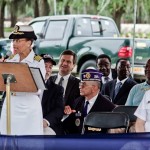 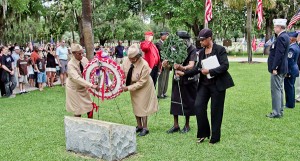 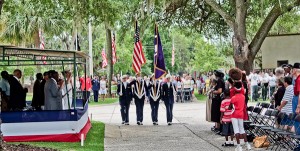 View over 100 photos of today’s Memorial Day parade and ceremony in our Photo Gallery here at eatstayplaybeaufort.com