The weather could not have been better, with clear skies and temperatures dropping in to the lower 60’s, a welcome change from the hot and humid Lowcountry weather which has seemed inescapable. Eight hundred tickets were sold in advance, with well over 1,000 taking part in a fun end to Homecoming Week.

The women of Zeta Phi Beta and the men of Kappa Alpha Psi kicked off the celebration with a step show, followed by a performance by Burnell Taylor, a 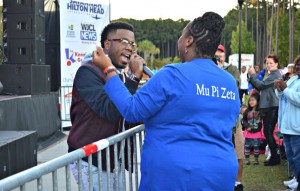 Top 10 American Idol performer and close friend of Glover. Taylor, originally from New Orleans – coincidentally, the Homecoming Week’s theme was Mardi Gras – was right at home on stage at USCB, even jumping off the stage to touch hands with the crowd and even get an audience member to help him sing Sam Smith’s “Stay With Me”.

A short intermission after Taylor’s set provided attendees an ideal time to take advantage of some of the fabulous food trucks parked on campus – Giuseppe’s Pizza, Twenty/20 Café, Palmetto Kettlecorn and Joe Loves Lobster Rolls all saw long lines of hungry concertgoers. There was even a food truck that served potato-on-a-stick! USCB Director of Student Life, Kate Vermilyea, thanked everyone for coming and encouraged the crowd to “keep it local” so that these unique restaurants can have a permanent home in the Lowcountry.

The love for Candice Glover was evident everywhere you looked. Folks donning Candice Glover t-shirts dotted the crowd, and when it was her turn to take the stage, the ecstatic screams from the crowd undoubtedly echoed down Highway 278. 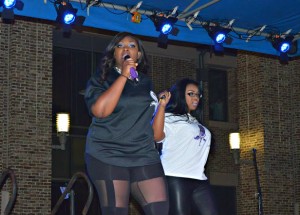 Candice took the stage with the confidence and sass you may recall from her days on American Idol. From USCB student to national performer, Glover has definitely not lost her humility or appreciation for her roots. During her set, she paused to thank everyone for their unwavering support through her journey from American Idol to the present, and her pride in her hometown was sincere and undeniable.

Watching her perform reminded us all of how much she deserved the title of American Idol, and that her talent is not limited to a televised vocal competition. Glover is a performer, and she does it well. She successfully excited and entertained a crowd of people of all ages, and she did so with ease.

Her set list was perfect for everyone, from Whitney Houston’s “I Wanna Dance With Somebody”, to performing her own songs, many of which were heard for the first time by concertgoers – and they were very well-received.

Thank you to USCB for putting together such a fantastic show, and a special thanks to Burnell Taylor and Candice Glover for their show-stopping performances.

Photos by ESPB and Bob Sofaly 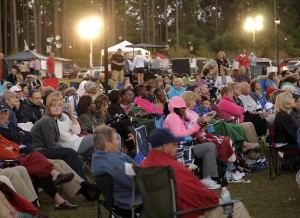 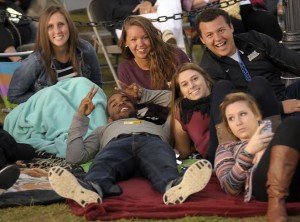 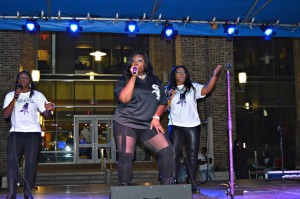