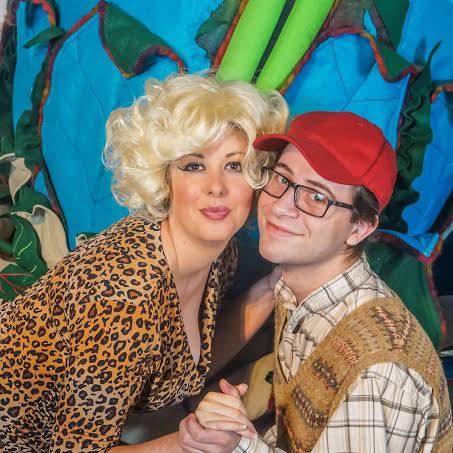 By Libby Ricardo | This past July marks my one year anniversary here in the Lowcountry.  It’s been quite a whirlwind, to say the least, and like so many others who serendipitously find themselves relocating to this wonderful nook of the world, I would describe my relationship with beautiful Beaufort as a love story.

Naturally, my adoration stems greatly from the picturesque landscape and the warm and friendly people who inhabit this special place.  I also readily admit that it is this community’s commitment to the arts, and the tenacity of not only its artists but also the patrons, that has me smitten.

A year ago, I walked off a moving truck and directly into rehearsal for Grease with the Beaufort Theatre Company, and the spirit of that project was so compelling, so exciting, that I was not only invigorated as a theater practitioner but also as a community member. Community Theater has so much to offer.  I could speak at length about the artistic achievements of this cast and of the Beaufort Theatre Company as a whole.  After garnering state recognition through the South Carolina Broadway World Awards, the Beaufort theater scene has claimed its place on the proverbial artistic map.

But being that this is Eat Sleep Play Beaufort, a media site that promotes not just activities but a love and pride of this wonderful place, I would like to turn my attention to this incomparable community.

It is unusual to find a group of individuals as eclectic as those that make up the cast and production team of Little Shop of Horrors. You should have no doubt that the talent you will witness at the CFA is 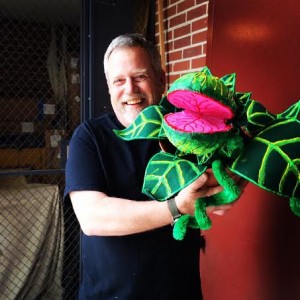 unparalleled on any other stage, but perhaps what is most astonishing is the disparate roles each member of the ensemble plays outside of the theater space.

The wildly talented Kelly Hall, who plays our Audrey with a delicate combination of brazen humor and sincerity, spends her days sharing her immense knowledge and talent with the youth of Beaufort Middle School, serving as the school’s sole Drama Instructor.

Her onstage counterpart, Daniel Bittick, whose heartbreaking turn as Seymour elicits moments of laughter and sympathy, came up through the Beaufort public school system and has recently begun working at the newly opened Starbucks.

Greg Rawls, set designer and father to our beloved Audrey II, the impressively massive and strangely articulate botanical star of the show, is not only an accomplished glass artist but also oversaw the ever-popular, ever-important DragonBoat Beaufort race day this year while simultaneously planning and implementing the construction of both set and plant.

This show boasts the talents of Elaine Lake, one-third of the illustrious Sweetgrass Angels; Anna Schaffer, who just this summer opened her own small business, Lowcountry Music Studio, in an effort to share her love of music and performing with the younger generation; and Kelley Ard, who by day works at the USCB and by night so generously shares her ample vocal prowess and acting skills for this production.  James Duffy, an English instructor at USCB who time and time again wins my respect and eternal pledge of gratitude and camaraderie, poured hours of his volunteered time into constructing the set all while dedicating himself to the creation of one of my all-time favorite characters, Mushnik. 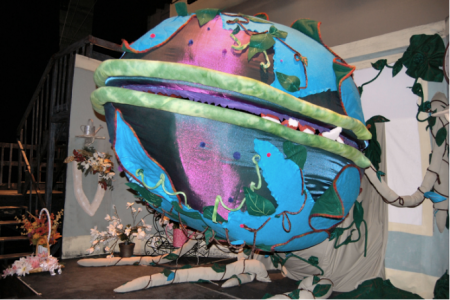 I believe very strongly in community activism.  I take pride in residing in the beautiful Lowcounty and I am honored to serve as director on Little Shop of Horrors, a production that is as much about entertainment as it is about showcasing the best Beaufort has to offer.

Join me over these next two weekends in supporting local arts and this amazing place we call home.

The purchase of a ticket is not just a guarantee of a fabulous night out but also a real investment in our community.