The Story of the Historic Cuthbert House

When you’re looking at all of the historic homes in Beaufort, SC, the Cuthbert House (Inn) must be near the top of the list for more reasons than just being a magnificent home. 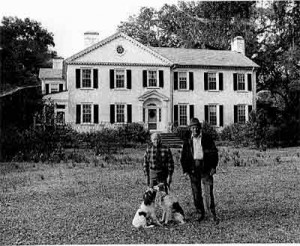 The Castle Hill Plantation was built by Dr. James Cuthbert in the early part of the 1700’s. The exact date is not known. There is a document dated November 1838 that has the estate inventory of James Cuthbert containing 537 enslaved ancestors on Woodlands, Myrtle Grove, Castle Hill, Inverness, Richfield and Saul’s Hill Plantations in Beaufort District, SC.

With a name that runs deep in Beaufort it is no surprise that a home as gracious as The Cuthbert House Inn would have so many stories as to how it came to sit on Bay Street.

One story is that the home was built near a pond that was causing the Cuthbert family to be plagued with sickness and death. This was said to have gone on for several years. They decided to move the house to the water on Bay Street because it was thought to have healthier air than that on the islands. They sawed the house in half to make the move easier. 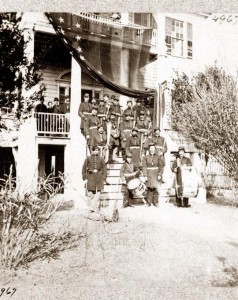 Another story is that it was built to be a Manse for the Presbyterian Church. The Cuthbert family purchased the home and moved it to its present location.

Both stories could have some truth to them but there is not enough evidence to really know how the house came to sit on Bay Street. There is evidence however to verify it was moved there by the Cuthbert family.

As with almost all of the homes in downtown Beaufort, The Cuthbert House was abandoned by the owners when the Union occupied Beaufort during the Civil war. There is a lot of speculation as to what happened to the home during that time. It was occupied by Union soldiers and used as an office along with living space. It’s thought to be the home where General Sherman stayed during his great march through the south. The actual home Sherman stayed in was the Nathanial Heyward house, also known as the Sea Island Inn. It sat on the corner of Bay and Newcastle Streets. The Nathanial Heyward house was bought by General Rufus Saxton for $1,800 dollars during a tax sale. This was his headquarters for the time he spent in Beaufort. After the war it became home of the Freedman’s Bureau.

Tragically, this massive historic home was demolished in the late 1950’s to make way for the Sea Island Inn, that sits in its place now.

General Saxton bought the John Alexander Cuthbert House at tax auction also. It was purchased after the visit of General Sherman. General Saxton never lived in the Cuthbert house.

Sometime after the purchase, General Saxton sold the house to Duncan C. Wilson. Mr. Wilson was the Army Chief contractor during 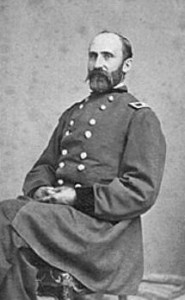 the Civil War. After the war ended he stayed on in Beaufort. He is the one that added all the additions seen on the Cuthbert House today. Mr. Wilson is also responsible for the changes in the Saltus-Habersham house and many other homes in Beaufort after the war. He was also responsible for the construction of hundreds of prefabricated houses and military buildings on Hilton Head Island during the Civil War.

Today the Cuthbert house is the beautiful, award-winning and historic Cuthbert House Inn.

If you want to get the feel of the Antebellum south, stay a night or two there. The owners and staff will make your stay a four diamond experience. It sits on Bay Street right at the entrance of the historic district, surrounded by great majestic oaks. There is even a little surprise there, graffiti left behind by union soldiers, still visible to this very day.

We’ll save that story for another time. 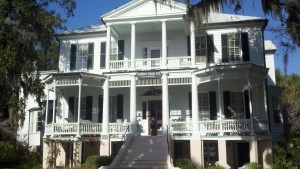