On Saturday, the Beaufort chapter of the Disabled American Veterans along with The Exchange Club of Beaufort and Beaufort Boy Scout Pack 251 participated in a flag retirement ceremony in the parking lot of the Beaufort Plaza Shopping Center in Beaufort.

The Beaufort Fire Department set up a burn barrel in the parking lot of the shopping center to properly dispose of the flags, via burning them, according to 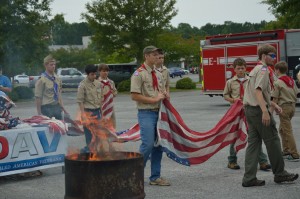 the U.S. Flag Code. The flags were prepared by the Boy Scout pack and brought over to the burn barrel where adult volunteers lowered them into the fire. Before the flags were retired, a prayer and a recital of the Pledge of Allegiance was read; all in accordance with the code’s prescribed retirement ceremony.

Over 100 flags were collected for Saturday’s ceremony. 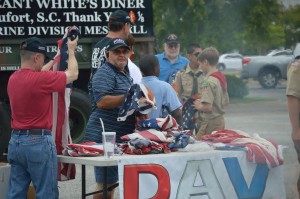 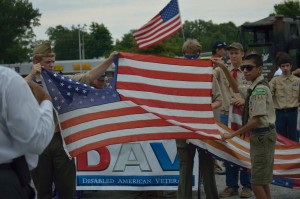 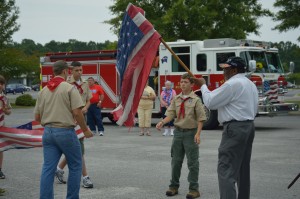 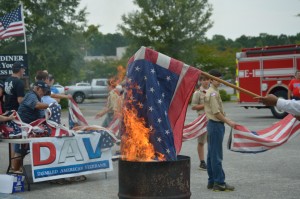