On January 20th, Beaufort County will be able to see the Super Wolf Blood Moon, a lunar eclipse that occurs during a super moon. This is the only total lunar eclipse of the year, so you don’t want to miss out on it.

During this remarkable event, the moon will transform into a blood red color. This will also be a super moon, so the moon will be the closest to Earth it can be in its orbit. This will cause the moon to appear larger and brighter than just a regular full moon. As a side note, they bring higher tides. Forecasts call for high tides in the moderately flooding 6-feet range that weekend. Featured photo by Kelley Luikey at Nature Muse Imagery

The moon rises that Sunday night at 5:17 p.m., according to the website Time and Date. The eclipse will begin at 10:33 p.m. with the moon nearly two-thirds as high in the sky as it will reach.

Total eclipse is at 11:41 p.m. with the moon reaching its highest point for the night. The total eclipse lasts about an hour, and the moon will move completely out of eclipse at 1:50 a.m.

Stages of a total lunar eclipse

Penumbral eclipse begins: This starts when the outer (and lighter) part of the Earth’s shadow begins moving across the Moon

Maximum eclipse: The mid-point of totality

Total eclipse ends: The umbra starts moving away from the Moon’s face after totality

Penumbral eclipse ends: The outer part of the shadow (penumbra) completely moves away from the Moon 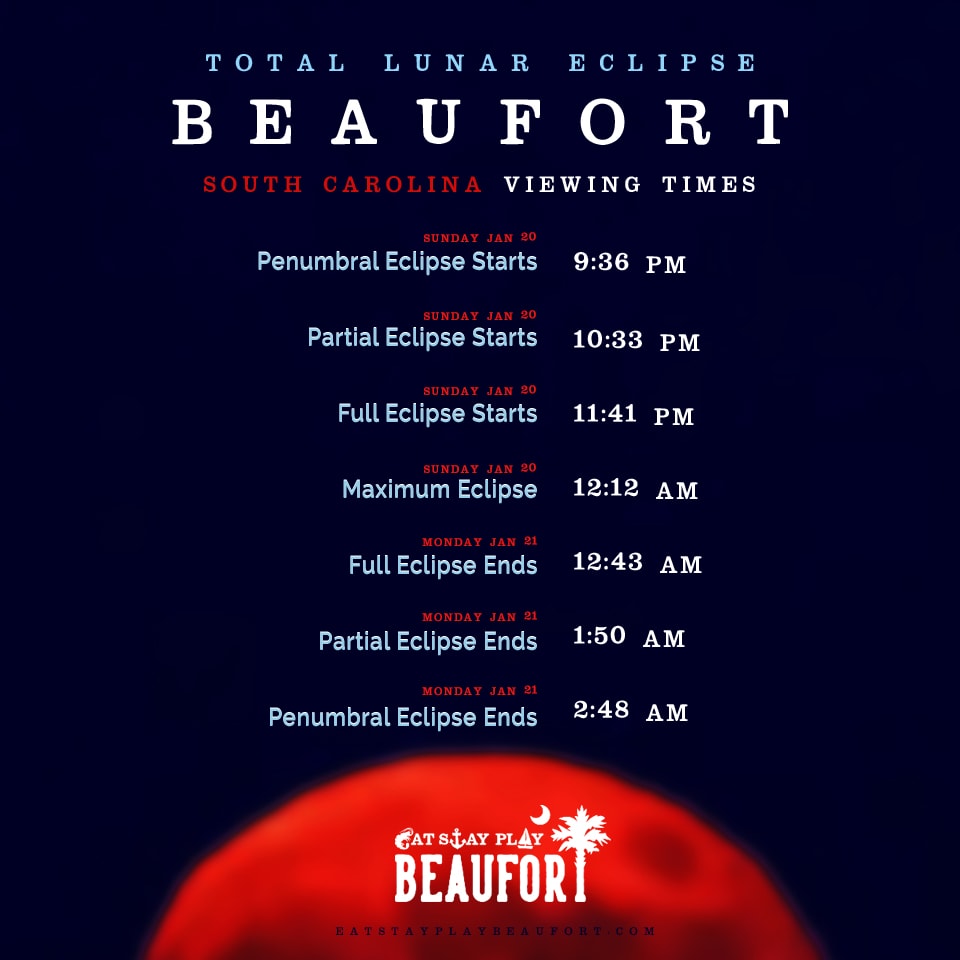 The animation shows what the eclipse approximately looks like in Charleston. Stages and times of the eclipse are outlined below. All times are local time (EST) for Charleston.

How to use altitude & direction to find in the sky