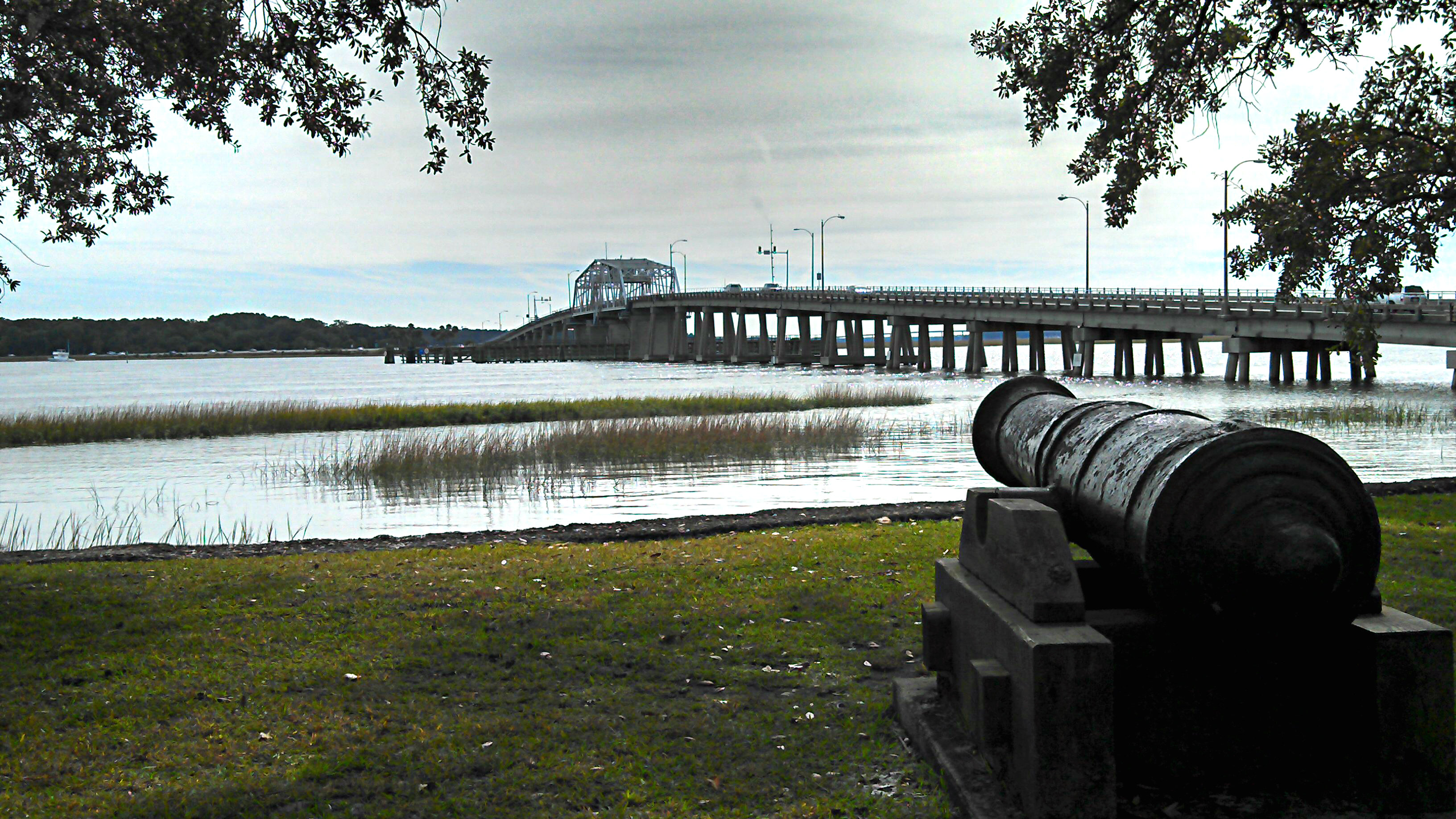 Have you ever visited the little park with the cannons at the foot of the Woods Memorial Bridge in downtown Beaufort? Locals like to call it Cannon Park. Its actual name is Stephen Elliott Park.

Named after Beaufort’ s own Brigadier General Elliott, 1830-1866, who served in the Confederate States Army. Before the Civil War Elliott served in the South Carolina Legislature and was Captain of the Beaufort Volunteer Artillery. Elliott was wounded in several battles including the battle of the Crater and later near Bentonville. Due to his injuries and the toll the war took on his body he only survived a few months after the war ended.

But what about those cannons? Where did they come from?

They actually have a fantastic history. Both of the cannons now sitting in the park came off of the British ship Vigilant.

The ship was originally a merchant vessel named Grand Duchess of Russia and served as a transport until she was purchased for use by the British navy and renamed Vigilant in 1777. She served in operations against Philadelphia during the American Revolution and, in 1779, came south to support British campaigns in Georgia and South Carolina.

Vigilant sported 20 guns including 14 24-pounders and was 122’ 6” long and 34’ 10” wide, weighing in at 684 tons with a crew of 180 sailors. She was a warship that lived up to the name Vigilant. She took part in the raid up the Broad River in February of 1779, supported Augustine Prévost’s Raid through the Beaufort District in May of 1779, and served as a guard ship at Beaufort until the British evacuated the town in September 1779 when she escorted the garrison as far as Hilton Head where she was left to guard a British encampment while the majority of the troops continued on to Savannah where they assisted in repulsing the combined French and Patriot attack.

She returned to Beaufort in May of 1780 when Beaufort was reoccupied. By now she was showing the strains of battle and her armament was removed and placed as fortifications. Sometime in 1780 she was declared derelict and burned. Some of the cannons were taken off of her and stationed around Beaufort’s downtown area and set ready to defend an attack, if needed.

The two cannons at Elliott Park are what remains behind today from that impressive ship.

They served Beaufort during the War of 1812 then sat resting afterward. During the Civil War they were not in use at all but could be seen at the entrance of our Beaufort Arsenal.

They eventually made their way to Stephen Elliott Park where many locals and visitors like to sit and enjoy the magnificent view. Whenever you come across the majestic downtown bridge or walk past the beautiful green space along the seawall in The Point, keep in mind that those two cannons have seen many battles and sit there retired, for many to enjoy, blended perfectly into Beaufort’s astounding history. 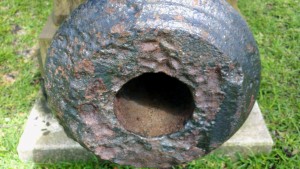 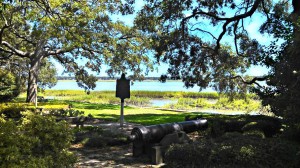 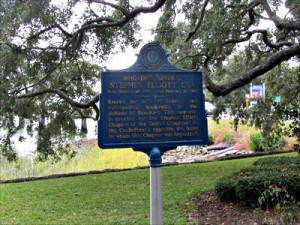