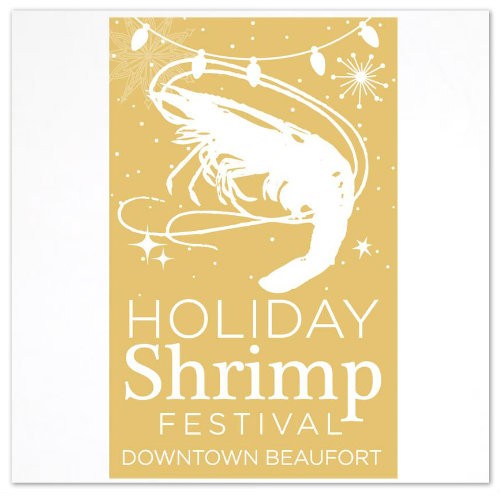 A big weekend in downtown Beaufort just got bigger. After missing most of the Beaufort Shrimp Festival in early October due to bad weather, a Holiday Shrimp Festival has been added to the big holiday celebration weekend by Main street Beaufort, USA, and it’s coinciding with the popular Light Up the Night Boat Parade. The festival is scheduled for Saturday, December 5th, from 11am to 8pm at Henry C. Chambers Waterfront Park.

Celebrating local SC wild caught shrimp, the 2nd day of the Beaufort Shrimp Festival was canceled due to weather that resulted in flooding across the state of South Carolina. 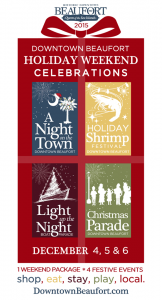 The Holiday Shrimp Festival will feature 8 original restaurants who will compete for a variety of awards including Best Shrimp Dish, Best Booth Decoration, People’s Choice and the all-important, coveted Silver Cup that’s awarded to the overall winner. Enjoy a day of live music from 11am to 5pm followed by the Light Up the Night Boat Parade.

The Holiday Shrimp Festival will join in the fun packed Holiday Weekend celebration which includes A Night on the Town, Friday, December 4th from 6 to 9pm, The Light Up the Night Boat Parade, Saturday, December 5th at 5:30pm, and the traditional Beaufort Christmas Parade on Sunday, December 6th at 3pm.