Lowcountry Food: Panini's on the Waterfront serves up the local dish

By Alyssa Hudspeth | Panini’s on the Waterfront delights in the delicate dance of upholding deep-rooted Italian tradition while maintaining pace with the ever evolving realm of dining.

Strolling down Bay Street with my family, I revel in the success of my notably brief encounter with parking this afternoon. We peer through the windows into some of our favorite boutiques along the Beaufort waterfront. Suddenly, I realize our 5 p.m. reservation at Panini’s on the Waterfront is quickly approaching. I hurry my husband and daughter along as we scurry toward Panini’s.

One thing must be noted before pressing forward in this mutual endeavor. Panini’s street front is palatial -at least. With its lofty presence at street level, bold columns and a seriously impressive crescent, floor-to-ceiling glass entryway, it’s sure to pique one’s interest from the exterior. Out front, a group deliberates over a menu that has been posted outside, while others position themselves for photographs highlighting our hauntingly beautiful city as the backdrop. 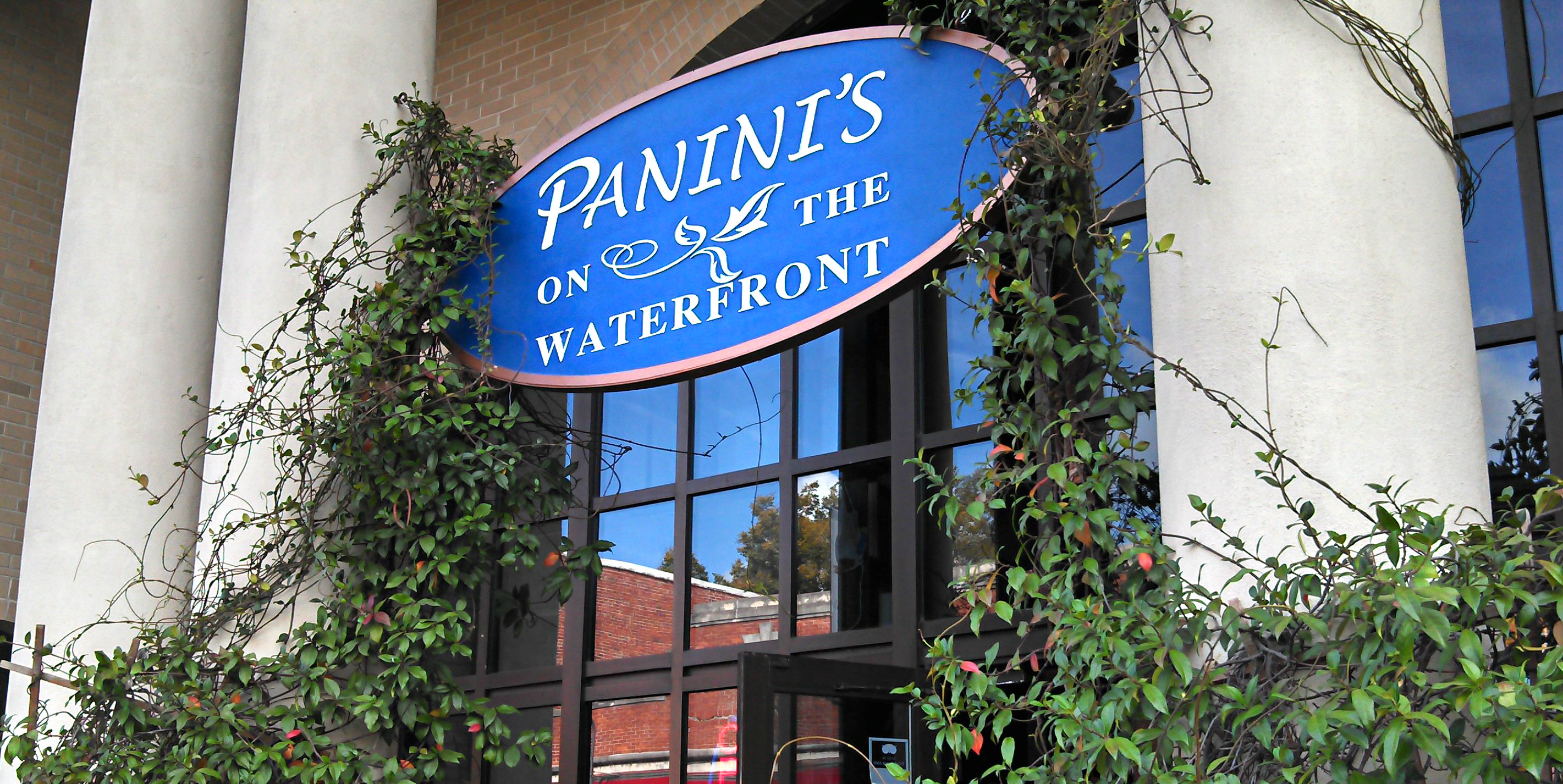 Crossing the threshold, we were consumed by the distinct aroma that permeates the space. It was that of Italian fare that seemed to waft and swirl on our senses’ edge beckoning us to come closer. The atmosphere was casual, though not to excess. Each table in the dining area was outfitted with place settings promoting a tidied appearance. As we proceeded toward the stairs, we noticed a lavish, intricately carved wooden bar whose history is shrouded in a bit of mystery. The effortless transition to upper-level dining left us asking for nothing. A highchair for our daughter appeared directly behind us as we were seated via our spectacular server, Josue’, who we were lucky to have for the next 90 minutes.

A basket of house-made bread and olive oil for dipping arrived upon ordering our sweet teas. The complimentary bread was delightfully soft and fluffy with just a whisper of crispness to the outer crust. In my previous experience, complimentary bread usually requires a chainsaw to slice, so things were already off to an optimistic start. We studied the menu and after musing for a bit, we ultimately relied on the recommendations of our server, Josue’. I placed my order for Chicken Your Way (Parmesan), my husband an order for the Frogmore Penne, a child’s grilled cheese and an order of Gorgonzola Fries as an appetizer to kick things off.

By way of the wall-to-wall window in the upper-level dining area, we were seated overlooking Waterfront Park with an evocative view of the Beaufort River that held our interest. After a brief anticipation of our meal, Josue’ appeared with the Gorgonzola Fries for us to nosh on prior to the main course.

I must tell you, I had difficulty attempting to photograph this bombshell. I conjured every ounce of restraint I knew in an effort to avoid packing my face full of this sinful treat before snapping a photo.

With the foundation of this appetizer being fries, there is no room for error in this dish and if we are being completely honest here, I take my French fries pretty seriously. The kitchen absolutely delivered and brought their “A game” with perfectly prepared fries that were externally crispy while maintaining a velvet center. The dish comes studded with cubes of savory pancetta and a luscious Gorgonzola cream sauce. Piled high with accents of green onions, tomatoes, and dusted with a cinnamon/cayenne blend, they will surely leave you questioning your former relationship with run of the mill French fries.

Soon after utterly demolishing the Gorgonzola Fries, our entrées were served. My Chicken Parmesan featured perfect al dente’ pasta, a chicken breast pounded thin and breaded with Italian seasoning, and topped with a refreshingly classic marinara sauce that didn’t bombard the senses with unnecessary spices.

Though generally speaking, the thought of seafood consistently fills me with abhorrence, I was feeling quite adventurous. I decided to, ever so cautiously, sample my husbands Frogmore Penne. This thoughtful spin on a Lowcountry staple left me pleasantly surprised and craving more. In keeping with local fashion, this entrée’ comprises Andouille sausage coins, shrimp, roasted corn, and tomatoes. With the addition of penne pasta and a sinfully spicy curry cream sauce, Panini’s gives this Lowcountry classic a swift kick in the pants. Like myself, if you happen to have a fondness for all things spicy, this entrée’ packs the heat and will not disappoint.

After enjoying and exploring quite a hefty amount of food, we ended the evening on a sweet note by ordering a square of Panini’s famous Tiramisu – to share, of course. Served with two spoons and a heavy drizzle of mousse and chocolate for dousing, this delicious treat stood no chance. With cocoa and espresso flecked vanilla mascarpone stacked between layers of soft sponge cake, it soon became clear that it may be us who wouldn’t stand a chance against this dainty delight. Panini’s tiramisu is an absolute must have after any meal. You can thank me later.

Also notable about Panini’s are all the local ingredients used on their menu. They’re a SC Certified Fresh on the Menu restaurant, a program ran by the SC Department of Agriculture. 35 to 40% of the current menu ingredients at Panini’s on the Waterfront are ‘SC Certified’ locally sourced. This includes locally caught shrimp, clams, crab and other seafood, local produce, meats, dairy and eggs.

If you are planning an event, Panini’s offers full service planning for various events and budgets. With indoor dining as well as a covered river deck, there is no shortage on views or good food.

I’ll be back soon for sure.

Visit them at 926 Bay Street in historic downtown and take a look at their menu here. 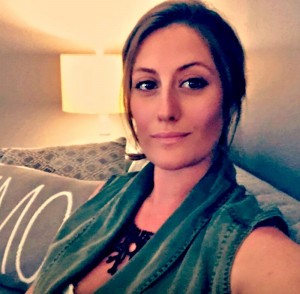 Our Lowcountry Food writer, Alyssa is a no non-sense, food obsessed blogger who is smitten with Lowcountry fare and tradition ever since she got here from Rock Hill, SC. With influences steeped in Gullah, Creole & traditional Southern cuisine, she discovered a deep adoration & comfort in cooking (and eating), eventually creating her own blog to share her experiences, ideas & love for food. Follow her on Instagram @ alybythesea. In her down time, she can be found at one of Beaufort’s local restaurants or the kitchen with her husband who is, coincidentally, a local chef, along with their 3 children.