What are people Googling about Beaufort?

A search we’ve undertaken to find out what internet users are asking Google about our town has revealed what questions are being typed into Google search boxes about Beaufort.  Here are a few popular ‘Beaufort Google’ searches for you.  We decided to have a little fun and put it in a quiz format so you could test your smarts.  Yes, these are real Google searches in bold letters…we just had some fun providing some answers.

1.  What is Beaufort SC named after?

A. a beautiful fort?
B.  a town in North Carolina
C.  Beaufort was chartered in 1711 as the second major settlement in South Carolina and named after Henry Somerset, 2nd Duke of Beaufort.

2.  Does Beaufort SC have a beach?

A.  no
B.  what coastal town doesn’t
C.  residents in the Beaufort area primarily enjoy Hunting Island Beach, three miles of untainted natural beauty just outside of town on Highway 21.  Other spots are The Sands in nearby Port Royal, Land’s End Beach on ‘The Island’ and various other private spots along our many miles of beautiful, natural coastline.

3.  Is Beaufort SC worth visiting?

A.  Beaufort IS a nice place worthy of your many visits, but beware…you may end up wanting to live here.
B.  See choice A
C.  See choices A & B

A.  No dogs allowed
B.  you won’t find yellow snow here
C.  Beaufort has a pet-positive community attitude amongst it’s citizens, and when coupled with an impressive wealth of wide-open spaces, dedicated veterinarians and welcoming businesses, it provides the perfect blend of everything needed to give your companion a top-notch quality of life.

A.  Beaufort is home to bigfoot
B.  The freaks only come out at night
C.  Beaufort is home to many haunted spots including several in the Point Neighborhood in downtown; several old homes including The Castle and the Wigg-Barnwell House; Fort Fremont and the historic Chapel of Ease on The Island; Old Sheldon Church up the highway in Sheldon…and many many more eerie locales.

6.  How many islands make up Beaufort County?

A.  4…Port Royal, Beaufort, Hilton Head and Bluffton
B.  Only one island can be called The Island, and that’s St. Helena Island
C.  Joe Noll of the Beaufort County Geographic Information Systems Department has noted that Beaufort County is made up of 68 inhabitable islands and could easily be half water/half land at high tide.*

A.  There’s so much to do in Beaufort … we’ve devoted an entire website to it. 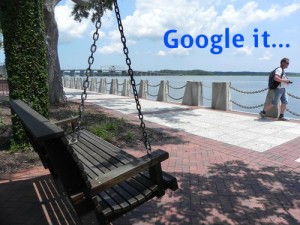