10 great spots to snap a selfie in Beaufort

Whether you’re alone or with friends, make sure you hit a few of these spots to snap a selfie in Beaufort, South Carolina!

Beaufort is one of the most beautiful and picturesque towns in the entire south. With some 3 million visitors each year, we get to see a lot of folks taking selfies all over the area. So we thought we’d jump on the bandwagon and compile a list of the best places to snap a selfie in Beaufort. After all, the best selfies have more than just a face. 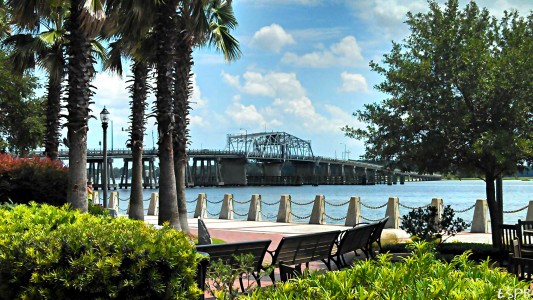 The Woods Memorial Bridge.  Perhaps Beaufort’s most iconic spot, the Woods Memorial Bridge provides the perfect backdrop for any photo you take while in town. Opened on December 17th, 1959 it carries on the historic tradition of swing bridges in Beaufort, replacing another that was built way back in 1927. It remains one of only a handful of swing bridges still in operation in all of South Carolina. 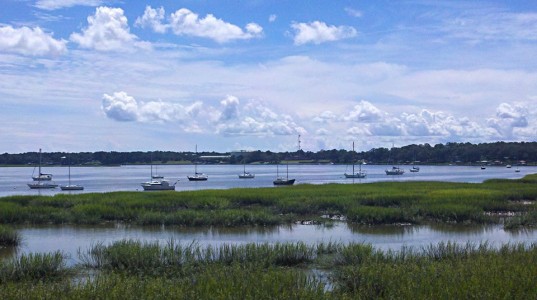 The Beaufort River, from the bluff.  One of Beaufort’s most amazing views is of the boats moored in the Beaufort River, aka ‘the Bay’. Visible from several points, the best one has got to be as you situate yourself up on the bluff along Bay Street, near the Cuthbert House Inn. 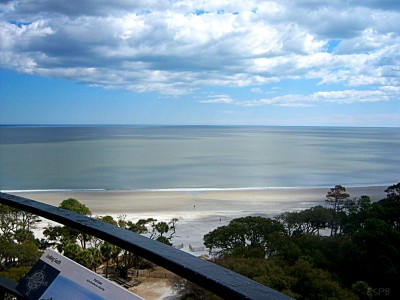 The top of the Hunting Island Lighthouse.  Where else can you see this? Like…anywhere? OK, can’t come up with an answer? Didn’t think so. The view from atop the lighthouse at Hunting Island Beach is absolutely amazing and truly one-of-a-kind. All it’ll cost you is a few bucks and a 167 step climb. 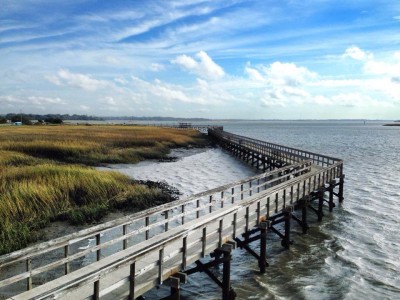 The observation tower at the boardwalk at The Sands in Port Royal.  Here’s another spot with a great view as the water and boardwalk open up into a wider scene the higher you go. Whether you go all the way to the top or only part of the way, turn to your right and this will be behind you. 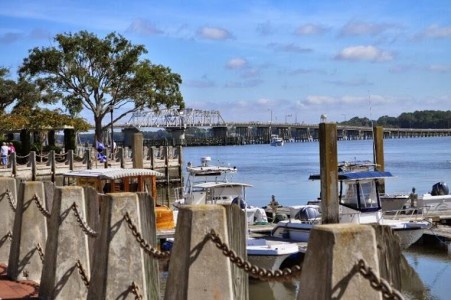 Anywhere you decide to stop at Henry C. Chambers Waterfront Park. Put some boats behind you and the rustic look of the chains along the seawall makes the perfect background. The waterfront park area is considered the the perfect Beaufort spot. 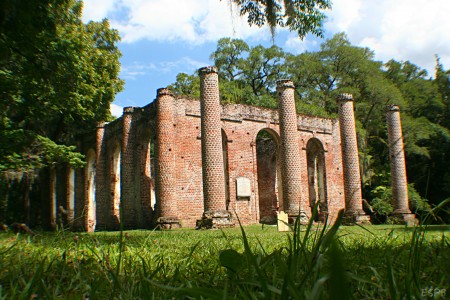 The ruins of the Old Sheldon Church.  The church was built between 1745 and 1753 and is said to be the first conscious attempt in America to imitate a Greek temple. Burned by the British in 1779 during the Revolutionary War and rebuilt in 1826, legend says it was burnt yet again by General Sherman in 1865 during his march through the south. With its stately red brick walls and towering columns surrounded by lush live oak trees draped in Spanish moss, it’s a breathtaking place to grab a shot to remember your time in historic Beaufort. This spot has a soul of its own. 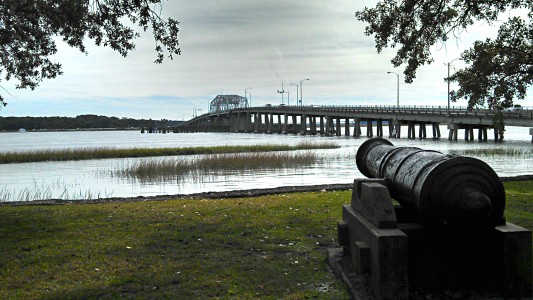 Stephen Elliott Park in downtown Beaufort.  Get a two for one deal on your selfie with an old cannon AND the Woods Memorial Bridge in the same frame. Sitting in the Point (at the other side of the downtown end of the bridge), the park also known as Cannon Park to locals offers green space, gardens, an old tabby seawall and an opportunity for one awesome shot.

Beaufort’s quirky spots.  Find a spot in downtown that you just thought you’d never see. There are plenty. Our trees are precious to us here in the Lowcountry and we’d rather warn you of an overhead danger than chop one down. Also, there’s a cool looking staircase that leads absolutely nowhere. Talk a walk around and find some of the things that help make Beaufort so unique….and take a photo that your friends are sure to be talking about for some time to come.

Find a 300 year old oak. (hint: they’re everywhere)  The Carolina Shores Oak is located outside of town near Gray’s Hill. With it’s tentacle-like branches, it’s something to behold. The movie ‘The War’ with Kevin Costner was filmed in it so it’s got a major Hollywood movie to its credit, which gives you bragging rights for your selfie. Southern live oak trees and Spanish moss are two of the many things which help give Beaufort the southern charm and natural beauty that makes it such a popular destination to visit. Our oak trees look sad, romantic and beautiful all at the same time.