What’s on YOUR bucket list? While there are a zillion things to do and see in Beaufort, here are ten Beaufort experiences you just don’t want to miss.

Hunting Island is South Carolina’s single most popular state park attracting more than a million visitors a year, as well as a vast array of land and marine wildlife. A picturesque Hunting Island Beach, palm trees and thousands of acres of marsh and maritime forest, a saltwater lagoon and ocean inlet are all part of the park’s natural allure that keep locals and visitors alike coming back all throughout the year. Climb the stairs to the top of the lighthouse and take in a breathtaking view of the Atlanic Ocean. Dolphins can often be seen frolicking right off shore and pelicans can be spotted dive bombing for their next meal. Hunting Island is not your typical beach. This natural beauty is a must see when visiting the area.  For tons of photos of Hunting Island Beach, Lighthouse, and State Park, visit our Facebook page. 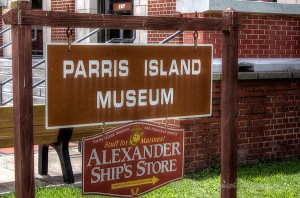 The Parris Island Museum is a treasure-trove of local history. Visit the 10,000 square foot museum and explore the long, rich legacy of the Marine Corps, as well as the exciting history of the Port Royal region. The Marine Corps exhibits display artifacts spanning from the turn of the 19th century to the present day.  You’ll walk out being a prouder American than you were when you walked in the museum door.

Kayak to the Ends of the Earth

Beaufort may be a small town, but it’s surrounded by a labyrinth of rivers, estuaries and dozens and dozens of islands. Beaufortonians grow up exploring their watery backyards, so they know which islands to camp on overnight and how to coordinate a summer day on a sandbar. If you want in on Beaufort’s secret, you have to play like the locals. Bring your own kayak and launch from any number of local public boat ramps; take a guided kayak tour; or rent a kayak from Higher Ground Outfitters and explore on your own.

For nearly 60 years The Beaufort Water Festival has been celebrating the local traditions of water, sports, and entertainment.  With a new theme and a different Commodore every year, the 10 day festival takes place like clockwork in mid-July at downtown Beaufort’s Henry C. Chambers Waterfront Park.  Amazing water shows and races, dances, concerts, shagging, an air show, fireworks, a teen dance, sporting, and many other events take place at The Beaufort Water Festival with over 400 dedicated volunteers banding together to bring the events to approximately 60,000 attendees who converge on Beaufort from all over the southeast, and the rest of the U.S. 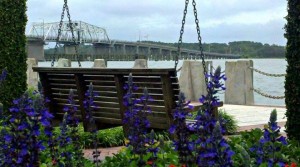 Take a seat on a swing at Henry C. Chambers Waterfront Park

Thanks to very thoughtful city planners, the Beaufort waterfront is the perfect place to go when one needs to find a different viewpoint, nurture a relationship (many a date has included a trip to the waterfront swings), or remember what it feels like to just sit still and be present in the moment. At any point during the day or evening, one can sit on the swings at the waterfront and ponder the possibility that the view of the Woods Memorial Bridge, the soft lapping of the Beaufort River against the sea wall, the shore birds gliding across the water, and the boats peacefully making their way, was all planned simply for your personal enjoyment and peace of mind. Scenic views of the Atlantic Inntra-Coastal Waterway almost always include playful dolphins and a variety of vessels from all over. (See more about Beaufort’s swings here.)

Ever seen the movie Forrest Gump? It was filmed here in Beaufort along with a whole host of other popular movies including The Prince of Tides, The Big Chill, The War and The Great Santini (just to name a few). The Beaufort area is dotted with locations that you will recognize from many of these timeless movies. When you’re in town, ask any local where to find the sprawling live oak tree that was featured in the movie The War. Marvel to see that Forrest Gump’s shrimp boat scenes were all shot on location along Lucy Creek or the church he attended with Lt. Dan is the First African Baptist Church on downtown’s New Street. Gaze at wonder at Tidalholm, the home that was the setting for The Big Chill AND The Great Santini. Or simply take the Beaufort Movie Tour and see them all! 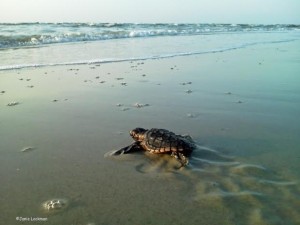 The ocean is the home to millions of sea turtles, however, for a turtle to make it to maturity, it takes a great deal of strength, perseverance and luck. Every morning during turtle season, volunteers walk our beaches at Fripp Island, Harbor Island and Hunting Island, working to increase their chance at survival by checking nests and keeping an eye out for turtle tracks, laid nests, turtles, and predators that they may come across. Many of these patrols welcome guests. With every turtle that comes ashore, nest that is laid and hatchling that breaks out of its soft shell, only one in 1000 sea turtles makes it to maturity. Do yourself a favor, make sure you see baby turtles hatch from a sea island nest and make for the Atlantic, it’s a sight you will never forget.

Walk the sacred grounds of the Old Sheldon Church

Church Road, was originally known as Prince William’s Parish Church. The church was built between 1745 and 1753 in a Greek Revival style of architecture. The Church is said to be the first conscious attempt in America to imitate a Greek temple. Prince William’s was burned by the British in 1779 during the Revolutionary War. In 1826 it was rebuilt and legend says it was later burnt by William Tecumseh Sherman, in 1865 during his march through the south. But it wasn’t. The inside of the church was apparently gutted to reuse materials in rebuilding the area homes that were indeed burnt by Sherman’s army, but not the church itself.  It’s sacred grounds are said to be haunted…but they are undeniably beautiful. The site was listed in the National Register of Historic Places on October 22nd, 1970. Learn more.

Learn about the Gullah culture at historic Penn Center

Gullah is a culture unique to the Lowcountry.  The Gullah are African Americans who have preserved more of their African linguistic and cultural heritage than any other African-American community in the United States.  The  ”Gullah/Geechee Cultural Heritage Corridor Act” was passed by the U.S. Congress in 2006 for the preservation and interpretation of historic sites relating to Gullah culture. Take a trip back in time in Beaufort where you can still witness a thriving local Gullah culture in the Beaufort area through arts, historical preservation projects, community groups, and historic Penn Center.  Penn Center was formed as Penn School in 1862, and it was the very first school for freed slaves in the U.S., and is now a Gullah Community Center on St. Helena Island.  Penn Center also serves as the unofficial capital of Gullah Culture on the southeast Atlantic Coast.  During the 1960′s, Dr. Martin Luther King Jr. and members of the Southern Christian Leadership Conference chose Penn Center as a site for it’s strategic planing. Visit http://penncenter.com/

History exists at nearly every turn as some 304 acres of the city of Beaufort, in it’s picturesque downtown district, have been designated a National Historic Landmark.  Dotted throughout the district are many beautiful antebellum homes, some turned Bed & Breakfast, with many of them preserved with the originality that they were built with over a century ago. In the Historic Beaufort Foundation’s Guide,  170 of the 500 historic buildings in the downtown historic district are listed. More than just a tour of homes, the Guide’s focus is on not only the architecture, but the real history and stories of the families who lived in them. Buy the book, or learn more at http://www.historicbeaufort.org/