Popular online hotel search engine and deal-finder Trivago released its annual awards with lists of Top Hotels in the U.S. and put one of our local bed and breakfasts in a nice spot.

Popular online hotel search engine and deal-finder trivago released its annual awards with lists of Top Hotels in the U.S. and put one of our local bed and breakfasts in a nice spot.

Trivago released its list of 10 award-winning hotels in the United States for each of the categories the online travel giant deems most important to American travelers: Alternative Accommodations (including Inns), 3-Star Hotels, 4-Star Hotels, and 5-Star Hotels.

Beaufort’s historic Cuthbert House Inn was given the #10 spot in the category of Alternative Accommodations in the entire United States. That’s quite an honor and accomplishment.

In discussing the Awards, Johannes Thomas, Managing Director at trivago, said: “We aggregate and analyze more than 175 million hotel reviews from websites all over the world. This gives us strong insights into what hotels are particularly good at.” He added: “Our trivago awards recognize those hoteliers who deliver an exceptional experience to their guests, and we are proud and delighted to award those achievements.”

The Cuthbert House is no stranger to accolades. The beautiful antebellum mansion which began pleasing families and their guests over two hundred years ago when it was a summer refuge providing respite for the family from the stresses of plantation life is often in the spotlight.

Business Insider has named it one of the Top 50 Best B&B in the U.S., and it continually receives Four Diamond Awards from AAA, one of the auto & travel club’s highest honors.

Historically, the Cuthbert family has been a part of Beaufort’s history since the early 1700’s and the house was actually moved to its current location several hundred years ago. During the Civil War, Beaufort’s homes were saved from Sherman & Co. due to the early Union occupation of the town and the abandoned Cuthbert House was used by Union soldiers as an office and living quarters.

You can learn the history of the Cuthbert House here. 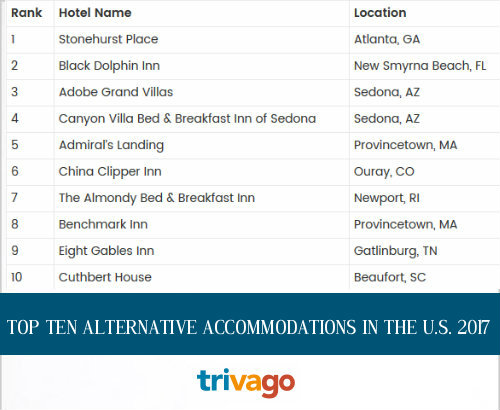